Apple has modified the iPhone SDK terms to allow lottery-style applications, according to RegHardware.

Previously, lottery applications were limited to the display of winning numbers or were forced to open Safari to process transactions. Now a change in the iPhone SDK allows lotteries and sweepstakes to be embedded directly into an application.

The only limitation is that developers must "clearly state in binding official rules for each promotion that Apple is not a sponsor of, or responsible for conducting, the promotion".

RegHardware reports that the first such application, called "KaChing Button" is already in the Application Store and offering $1000 a day to someone selected randomly from those who press the app's "KaChing Button". 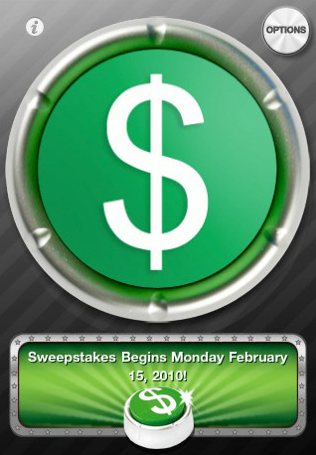