Eve Systems has announced Thread-enabled versions of its Eve Energy smart switch, Eve Weather smart weather station, and Eve Aqua smart water controller for the US. The new releases raise the number of Eve devices that have received certification by the Thread Group to seven – marking the largest portfolio of Thread compatible consumer technology devices by a smart home brand.

"Smart, sleek and of proven quality, a Thread-enabled Eve Energy is the definitive accessory for the HomePod mini", said Jerome Gackel, CEO of Eve Systems. "A handful of Eve Energy, added to your Home within seconds, will span an ultra-robust, ultra-responsive and ultra-efficient mesh network across your entire house – without needing a bridge."


Eve Energy – the essential accessory for HomeKit over Thread
As a main-powered Thread device that is always on, the new generation of Eve Energy US and UK can take over the essential role as a router within a Thread network, and relay data packets. The more of these routers operate on the network, the more stable and greater its reach becomes. By contrast, battery-operated Thread accessories, such as Eve Weather or Eve Aqua (2nd generation), represent endpoints in a Thread network.


Eve Weather – track your home’s microclimate
Eve Weather presents weather trends at a glance and makes it easy to track local outdoor temperature, humidity and barometric pressure – on the iPhone or directly on the display. The Eve app aggregates current and past climate data, empowering the user with insights of the weather at their doorstep. In order to help dress for the day's weather before setting out, Siri will render the accurate outside temperature in the morning. With a sleek & sophisticated design and IPX3 water resistance, Eve Weather offers truly wireless, energy-efficient operation with support for Bluetooth and Thread.


Eve Aqua – Keep your garden green even while you’re away
For automations and remote access, HomeKit accessories require a home hub. If they use Bluetooth, they need to be in range of the home hub which, depending on the hub’s positioning, can be challenging for an outdoor device like Eve Aqua, Eve’s smart water controller. With Thread support, this challenge is diminished thanks to Thread’s ability to transmit much higher power and extended range by placing a router-enabled Thread device like Eve Energy (4th generation) in between Eve Aqua and the HomePod mini.


Thread
Thread technology is specifically developed for smart home applications to improve connectivity between accessories. Now, HomeKit products can communicate not only using Wi-Fi or Bluetooth, but also using HomeKit over Thread. The big difference with this technology is that Thread creates a mesh network. Within this, lights, thermostats, outlets, sensors, and more, can also talk to each other free of the constraint of having to go through a central hub, such as a bridge. That’s because a Thread network doesn’t need one. If a single accessory fails, the data packets are simply relayed to the next device in the mesh. In short: A network that is enabled by a HomePod mini to speak HomeKit over Thread, becomes more robust with every additional accessory.

Eve products are available via Amazon.com in the United States. 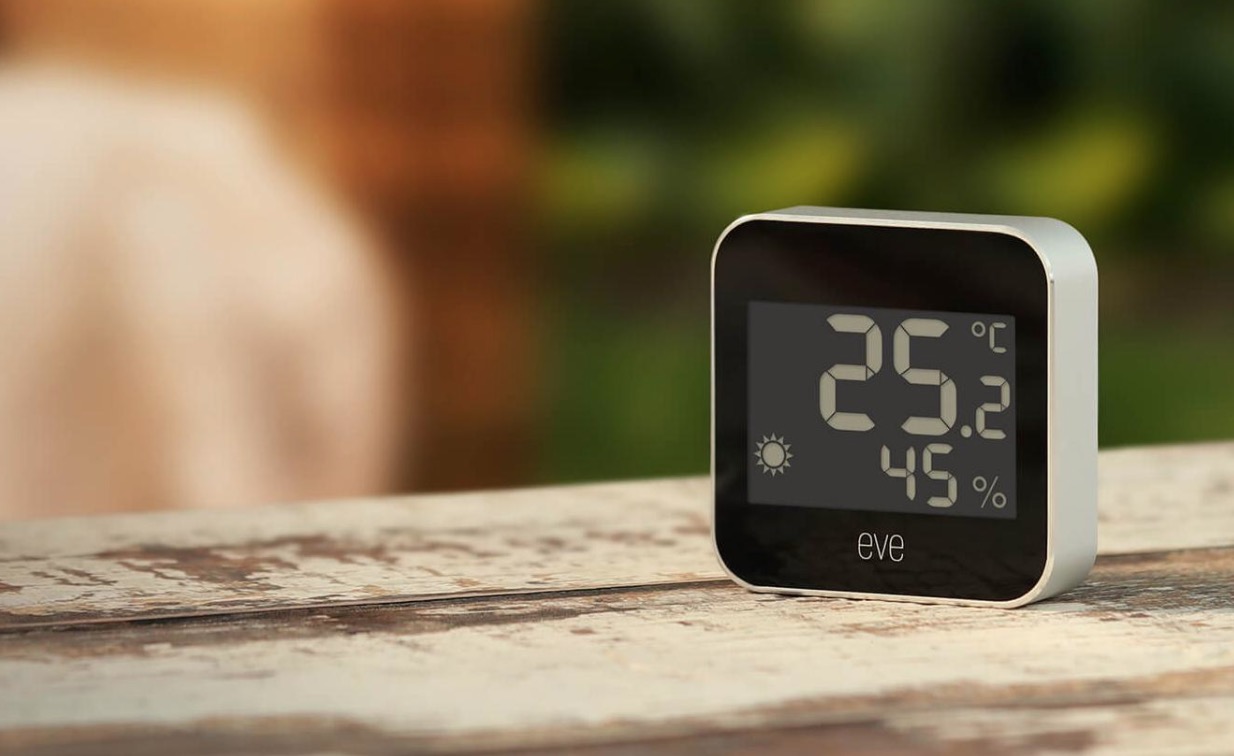