A new report by The Loop suggests that Apple won't unify the iPad and iPhone operating systems until sometime this fall.

Currently the iPhone is running OS 3.1.3 and the iPad will run OS 3.2 when it ships. It's widely expected that a new iPhone will be announced in June that will bring new hardware as well as OS 4.0. Many assumed that Apple would use this major OS release to unify the two systems; however, The Loop suggests this won't happen till fall.

iPhone OS 4.0 will include lots of new features, just like you would expect to see from Apple. However, It doesn’t make sense for Apple to unify the two operating systems for 4.0 with the timeline they are working with.

Rather, I expect Apple to release OS 4.1 in September or October. It will not only address issues with the 4.0 release, but also unify the operating systems. 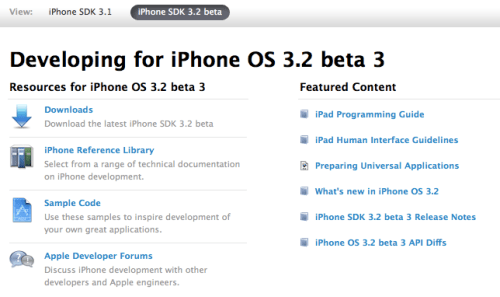 Jay - March 9, 2010 at 12:34am
Did a 5 year old write this? \"The Loop suggests that Apple will won\'t unify the iPad and iPhone operating systems until sometime this fall.\" Apple WILL WONT unify.
Reply · Like · Mark as Spam
Recent