Apple captured 8.8% of the traditional PC market last quarter, according to a new report from IDC. That's up 9.9% from the year ago quarter and puts the company in fourth place behind Lenovo, HP, and Dell.

Global shipments of Traditional PCs, inclusive of desktops, notebooks, and workstations, reached 86.7 million units during the third quarter of 2021 (3Q21), up 3.9% from the prior year according to preliminary results from the International Data Corporation (IDC) Worldwide Quarterly Personal Computing Device Tracker. This marks the sixth consecutive quarter of growth for the PC market as the onset of the pandemic has led to a surge in demand while also contributing to component shortages and other supply challenges. 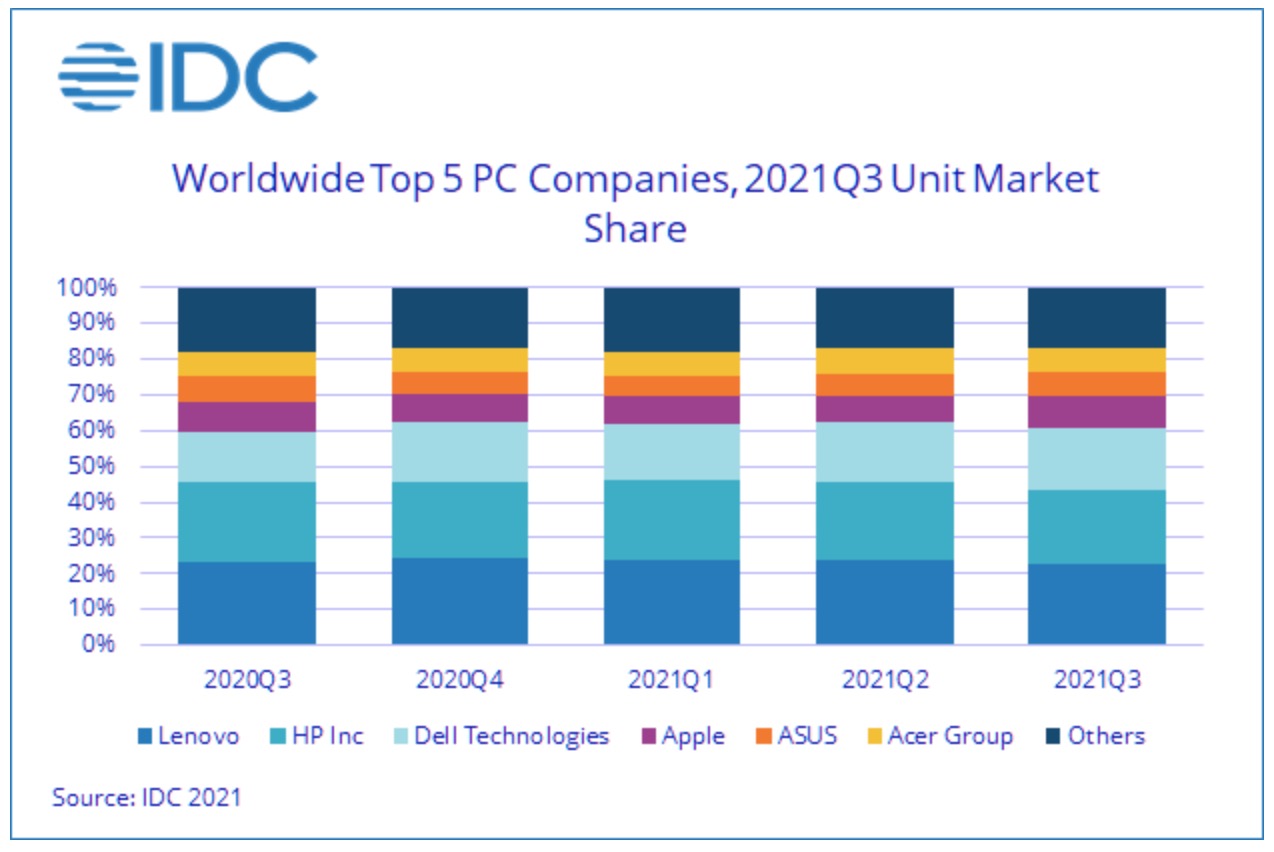 "The PC industry continues to be hampered by supply and logistical challenges and unfortunately these issues have not seen much improvement in recent months," said Jitesh Ubrani, research manager for IDC's Mobile and Consumer Device Trackers. "Given the current circumstances, we are seeing some vendors reprioritize shipments amongst various markets, allowing emerging markets to maintain growth momentum while some mature markets begin to slow."

"Bottlenecked supply chains and ongoing logistic challenges led the U.S. PC market into its first quarter of annual shipment decline since the beginning of the pandemic," said Neha Mahajan, senior research analyst, Devices and Displays at IDC. "After a year of accelerated buying driven by the shift to remote work and learning, there’s also been a comparative slowdown in PC spending and that has caused some softening of the U.S. PC market today. Yet, supply clearly remains behind demand in key segments with inventory still below normal levels." 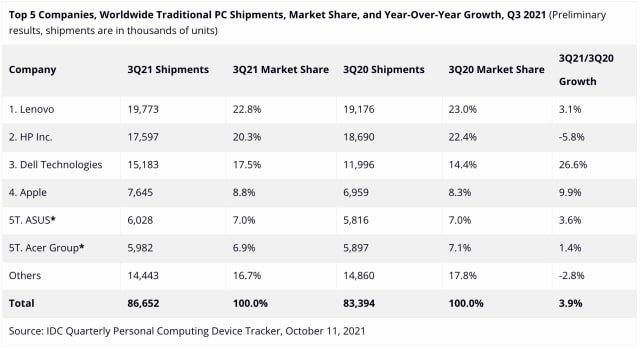