Apple seems to have accidentally leaked listings for iPad titles already approved for the iPad onto iTunes Preview.

The discovery was made by PadGadget

We did a quick scan and were able to find several titles clearly marked as "HD", a common label developers are now using to indicate an iPad specific version of their app. HD is not a universal title for iPad apps, some developers are instead choosing "XL" to denote their iPad version or simply creating a universal build so that both the iPhone and iPad versions are contained in a single app. There are probably many more titles in the database that have been approved by Apple for the iPad that we haven't yet stumbled upon.

Trying to click through to the app returns an error stating “the item you’ve requested is not currently available in the US store.” 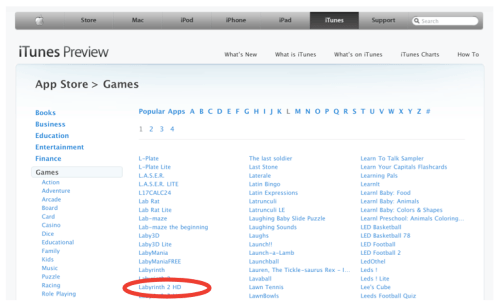