Gameloft has releases Shrek Forever After, the official game of DreamWorks Animations for the iPhone and iPod touch.

Longing for the days when he felt like a “real ogre,” Shrek is duped into signing a pact with the smooth-talking dealmaker, Rumplestiltskin. He finds himself in a twisted, alternate version of Far Far Away, where ogres are hunted, Rumplestiltskin is king and Shrek and Fiona have never met. Help Shrek undo all he’s done in the hopes of saving his friends, restoring his world and reclaiming his True Love!

•3 PLAYABLE CHARACTERS! Save the day as Shrek, Donkey and Puss In Boots!

•HUNDREDS OF LINES OF CHARACTER AUDIO! Howl at distinctive Shrek humor from the mouths of the characters themselves.

•OLD FRIENDS & NEW ENEMIES! Encounter your favorite characters as never before, from Shrek as a “real ogre” to Fiona as leader of the Ogre Resistance to the down-and-out Donkey (and there’s even more of Puss In Boots to love)!

•UNLOCK YOUR INNER OGRE-ACHIEVER! Earn 14 different achievements and connect to Gameloft Live to show to your friends.

•iPod LIBRARY ACCESS! Rock out ogre and ogre again to your favorite tunes while conquering the kingdom.

You can purchase Shrek Forever After : The Game from the App Store for $6.99. 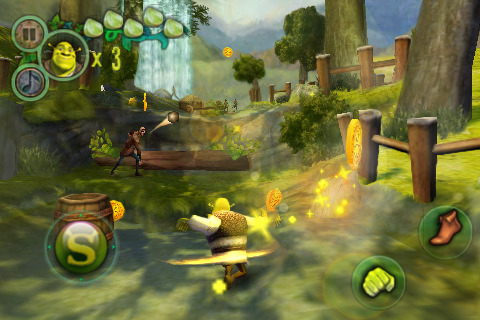 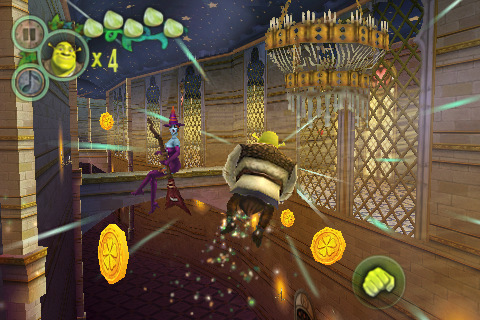 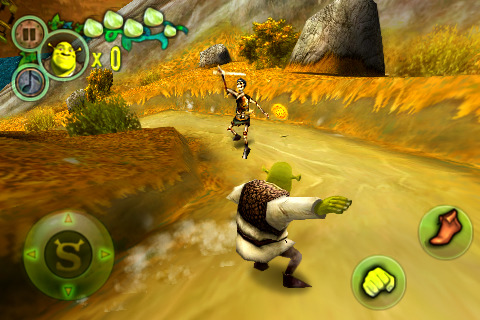 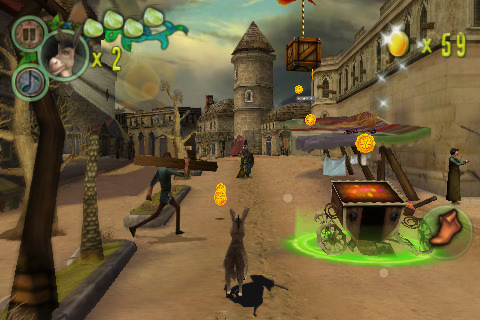 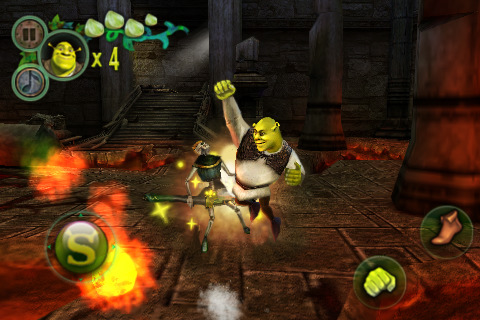