New York Senator Charles E. Schumer has written a letter to Steve Jobs expressing concern over the problems with the iPhone 4.

Schumer says the solutions offered to date are "insufficient" and urges Apple to act swiftly on the matter.

I write to express concern regarding the reception problem with the Apple iPhone 4. While I commend Apple's innovative approach to mobile technology and appreciate its service to millions of iPhone users nationwide, I believe it is incumbent upon Apple to address this flaw in a transparent manner. According to Consumer Reports' review, released Monday on its website, the iPhone 4's signal-strength problem is a hardwire glitch triggered by gripping the device in a particular manner. This finding, according to Consumer Reports, "call[s] into question” Apple’s recent claim that the problem is “largely an optical illusion caused by faulty software." Consumer Reports declined to recommend the iPhone 4 because of this hardware design flaw.

Given the discrepancy between Consumer Reports' explanation of the reception problem and the explanation provided by Apple in its July 2 letter to customers, I am concerned that the nearly two million purchasers of the iPhone 4 may not have complete information about the quality of the product they have purchased. The burden for consumers caused by this glitch, combined with the confusion over its cause and how it will be fixed, has the potential to undermine the many benefits of this innovative device. To address this concern, I ask that Apple provide iPhone 4 customers with a clearly written explanation of the cause of the reception problem and make a public commitment to remedy it free-of-charge. The solutions offered to date by Apple for dealing with the so-called “death grip” malfunction—such as holding the device differently, or buying a cover for it—seem to be insufficient. These proposed solutions would unfairly place the burden on consumers for resolving a problem they were not aware of when they purchased their phones.

I also encourage Apple to keep its promise to provide free software updates so that bars displayed accurately reflect signal strength; I further urge Apple to issue a written explanation of the formula it uses to calculate bar strength, so that consumers can once again trust the product that they have invested in.

I look forward to Apple's swift action on this matter, and once again laud Apple for its innovative efforts and service to millions of Americans. 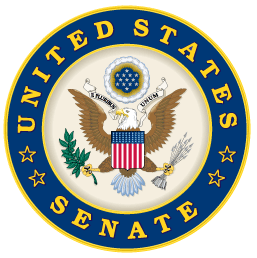 Stevo - July 16, 2010 at 5:18pm
It\'s too bad our government doesnt react this efficiently on much larger problems...like the state of the US economy.
Reply · Like · Mark as Spam

America First - July 15, 2010 at 4:25pm
I am amazed that Chuck Schumer actually has time to write a letter to Apple after spending all his time catering to Israel\'s every need.
Reply · Like · Mark as Spam

Steve Jobless - July 15, 2010 at 2:42pm
wow, just wow, what\'s next, a letter from the president?? Apple really has to pull off a nice hat trick Friday to get themselves out of this deep shit
Reply · Like · Mark as Spam

CASEACE69 - July 15, 2010 at 2:28pm
At least someone with a little pull is sticking up for us little guys, but that was probably the reason he did it in the first place.
Reply · Like · Mark as Spam
5 More Comments
Recent