Zinio announced today that Zinio Labs, its innovation and incubation division has made 20 new titles available on the Zinio iPhone and iPod Touch.

"Making magazines accessible digitally is only one step in the evolution of the publishing industry. Enabling this same content on mobile applications is critical to the continued evolution of our industry. We take great pride in helping to push the industry forward," said Rich Maggiotto, CEO of Zinio.

"Our initial iPhone application was extremely well received by consumers and ranked number one in Apple's top ten iPhone applications list," said Rob Novotny, SVP of Zinio Labs. "With the Mobile Newsstand update, we've added more popular titles and introduced international titles to meet the demands of users overseas; and this is just the start of more innovations to come."

For those preparing to travel this summer, Zinio continues to offer quick and easy access to high-fidelity versions of popular magazines. With the iPhone and iPod Touch, users can easily catch up on reading in the car, on the train, by the pool or at the beach. All titles can be accessed for free at http://www.zinio.com/iphone. 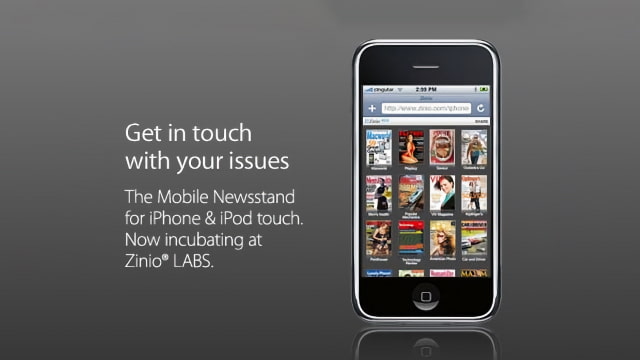