Rovio and Twentieth Century Fox are teaming up to release a new version of Angry Birds centered around the upcoming movie "Rio", according to Mobilized.

In Angry Birds Rio, the original flock is kidnapped and taken to Rio, where they then escape and seek to help their friends–the two macaws Blu and Jewel, who are the stars of "Rio." The game will have 45 levels initially, and then additional levels will be available via updates.

The Rio edition of Angry Birds will be available sometime in March. Rovio is also planning a special Valentine's Day edition which will be able in the near future. 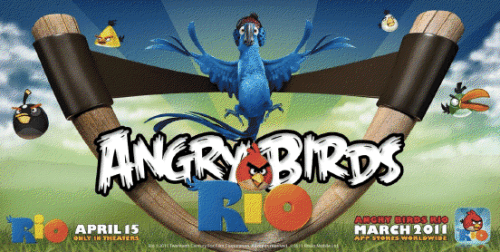 Elysium - January 29, 2011 at 6:24am
I think Rovio have milked the crap out of Angry Birds enough now... i hope they\'re working on a new game while they\'re milking this one. Because when the time comes, the company will just slowly eat away into the \"Angry Birds\" profit and go bankrupt.
Reply · Like · Mark as Spam
Recent