Best Buy's Laptop Discovery Tool is listing a set of "New SKU" laptops from Apple Computer, according to Engadget.

Screenshots were previously leaked of Best Buy's internal system that listed new MacBook Pros with a March 11th release date and price of $1199 for the 13-inch model.

Since then MacTrust has predicted that the notebooks will feature a better battery, be lighter, have an improved display, and offer a modular drive. MacRumors has confirmed with a source that the MacBook Pros will be released on Thursday, February 24th. 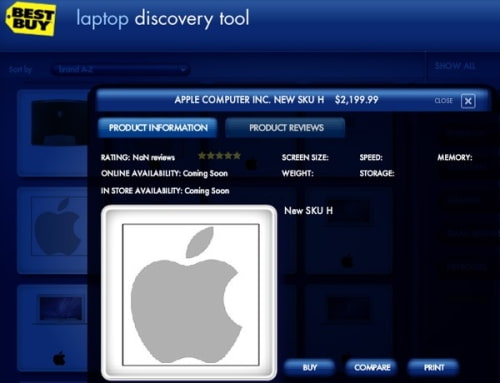