An Apple Patent application reveals that future iPhones could feature a smart bezel as a secondary display, according to Patently Apple.

Apple intends to introduce a method that employs a very cool secondary display scheme that utilizes a printed segmented electroluminescence display. Apple intends to use the secondary display to introduce a set of new illuminated indicators that are able morph into various controls for work and play. Illuminated gaming and productivity controls could be built into the face-side of the bezel and/or selected back-side areas of iOS devices like the iPad.

The bezel could also be used to guide a user in providing inputs to the device with indicators that changed depending on the current application.

You can find much more detail on the patent application at the link below. 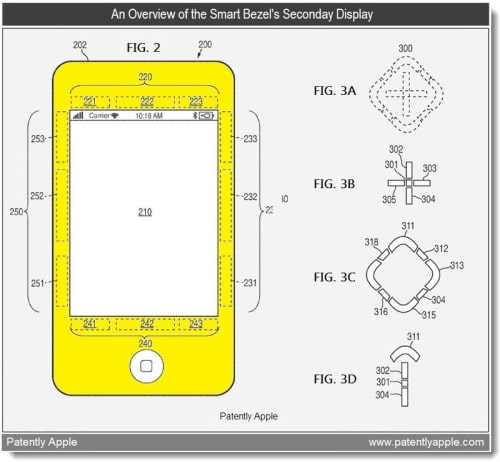 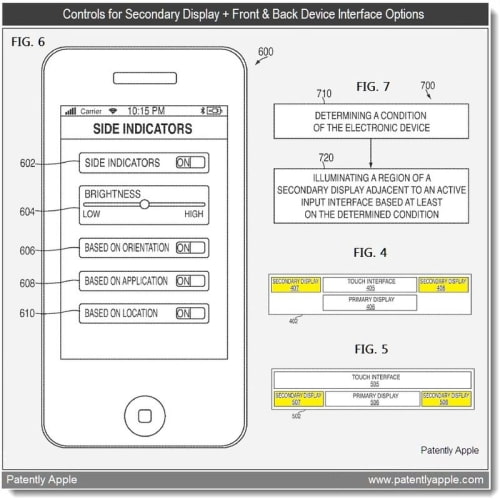