The city of Cupertino says 'There is no chance that we're saying no' to Apple's new mothership campus.

"There is no chance that we're saying no. As you know Apple was founded here in 1976. They have always called Apple our home. When I was growing up I started with the Apple 2s and Apple 2+s and then Macs and then now we see from iPhones to iPads to with yesterday with iCloud and today with the major announcement of this, you know more or less this mothership really has landed here in Cupertino. This is going to be one of the largest buildings with 12,000 employees and we're very proud to have Apple here."

More information on the progress of the project can be found on the city's website. 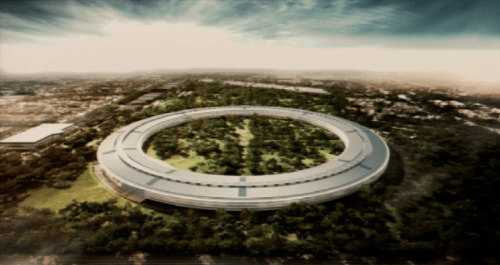