Comcast is reportedly working on AnyPlay, a television streaming solution for the iPad, reports MacRumors.

The product, called AnyPlay, allows Comcast subscribers to view live television on their iPad as long as it's connected to their home network; users must have a special Motorola box which, apparently, takes the live cable stream and sends it directly to the Xfinity TV iPad app over a local wireless network. The service won't work over Wi-Fi from other locations, or via 3G.

Users can reportedly watch "most" channels included with their service and register up to ten tablets; however, live TV can only be watched on one tablet at a time. 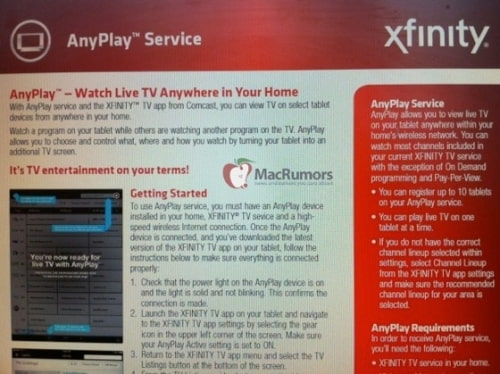