Apple is rolling out its iTunes Movies and iTunes Music stores to additional countries in the European Union, notes MacRumors.

Rzeczpospolita reported that 10 countries including Poland, Hungary, and the Czech Republic were to receive new iTunes Music Stores but did not name the other seven. The twelve countries in the European Union that do not offer iTunes Music Store services are Bulgaria, Cyprus, Czech Republic, Estonia, Hungary, Latvia, Lithuania, Malta, Poland, Romania, Slovakia, and Slovenia.

Now this morning, the site notes that iTunes Movies are also arriving in new countries.

Reports of the new movie offerings began coming in from MacRumors readers late yesterday, with Belgium, Denmark, Finland, Netherlands, and Sweden so far having been cited as adding the new movie content. Apple has not yet added a dedicated movie section to the iTunes Store in these new markets, but content is accessible through the store's search function.

Additionally, there are reports that Apple is also expanding the paid iBookstore. 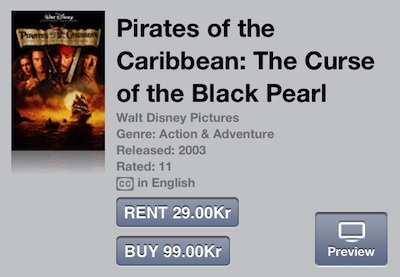