A $12 billion plan for Foxconn to produce iPads in Brazil is 'in doubt' due to 'crazy' demands by Foxconn and deep structural problems, reports Reuters.

Earlier this month Brazil's Minister of Science and Technology, Aloizio Mercadante, said that Foxconn's new factory in Brazil is ready to produce iPads that will reach the market by December. However, government sources told Reuters that the plan is 'in doubt' due to 'crazy' tax break demands and a lack of skilled labor.

"The talks have been very difficult, and the project for a Brazilian iPad is in doubt," one official said. "(Foxconn) is making crazy demands" for tax breaks and other special treatment, the official added.

Reuters suggests that perhaps Foxconn will just assemble foreign-made parts to the iPad in Brazil rather than producing components locally.

"We're dealing with a lot of issues, like the (Taiwanese) trying to figure out how to do business in Brazil ... and Brazil figuring out how to produce these complicated products," said a second government official.

"Maybe we will end up starting with something smaller." 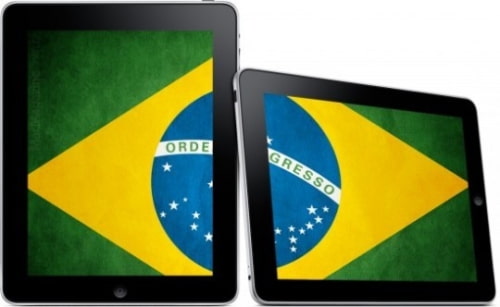