Apple will reportedly open a new retail store at Masonville Place in London, Ontario as it fills in the coverage between the Toronto, Ontario and Detroit, Michigan regions, according to ifoAppleStore.

According to real estate sources, Apple will move into the upper-level space that Eddie Bauer will vacate this week as part of its earlier bankruptcy filing. The nearly-square space covers about 6,176 square-feet next to a Gap store, with a 73-foot storefront. As confirmation, city records indicate that planning officials are reviewing a $3 million construction project for the mall that includes an Apple logo.

The Masonville Place is located minutes from the University of Western Ontario which is attended by over 25,000 students. The location is about an hour an half from the new Conestoga Store in Waterloo, Ontario and 2 hours from the Partridge Creek store in Clinton, Michigan. 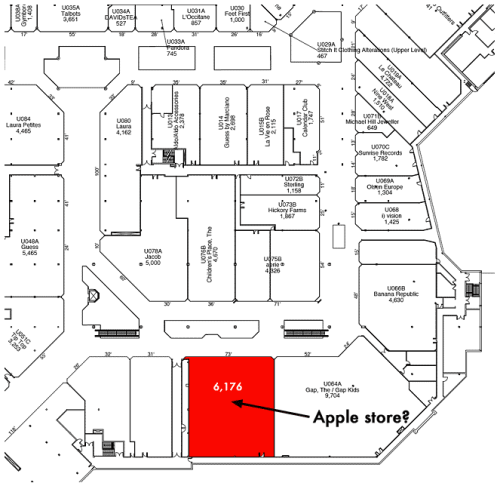 John - December 30, 2011 at 8:51pm
LOL I LIVE IN LONDON, ONTARIO, CANADA!!!! UWO STUDENTS WILL BE SOOOOOOOOOO HAPPY! AS AM I!!!! YAYAYAYYAYAYAYAYYAYAYAYAYAYAY I CAN'T BELIEVE THIS!!! I/WE WON'T HAVE TO GO TO TORONTO OR ANYWHERE ELSE TO GET APPLE PRODUCTS!!! Lol
Reply · Like · Mark as Spam