Adobe has confirmed that they are actively developing a version of Flash for the iPhone, according to Flash Magazine.

At the Flash On The Beach (FOTB) conference in Brighton, Sr. Director of Engineering at Adobe Systems Paul Betlem for the first time publicly confirmed that Adobe is actively developing a Flash Player for Apple's popular phone. He said (not direct quote) "My team is working on Flash on the iPhone, but it's a closed platform." He noted that Apple makes all the decisions, so in other words, the ball is in Apple's yard at this time. If Apple says yes, Adobe will have the player available in a very short time. 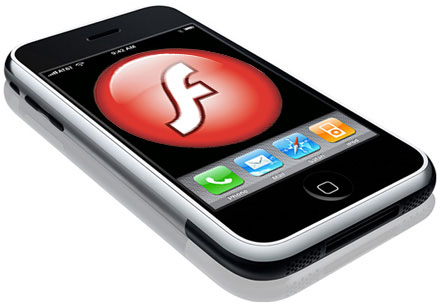 Agent CatstiX - October 1, 2008 at 3:47pm
Old news \'cause, well  it\'s been known that they were/are, both Apple and Adobe, working on an iPhone version of Flash. Reconfirming What Has Been Known = Slow News Week That is all. Don\'t forget to keep breathing. \"Next  \"
Reply · Like · Mark as Spam

Geekoid - October 1, 2008 at 1:32am
How is it old news if they just announced it is being done? Previously they had said it was not going to be possible.
Reply · Like · Mark as Spam