An alert found in iOS 5.1.1 by iDevice.ro suggests Apple may be readying FaceTime over 3G.

Here's the translation of how the site received the alert...

Being called by someone, although I was connected to a 3G data network, when I tried to close the 3G connection I was greeted by the message of the picture above. Normally you should not be called if I was connected to the 3G, but the call originated to me did not stop, but I just got the iPhone warning I missed a call FaceTime. Error displayed when trying to disable 3G when I was called should not occur and it clearly proves that Apple is testing FaceTime on 3G connections. 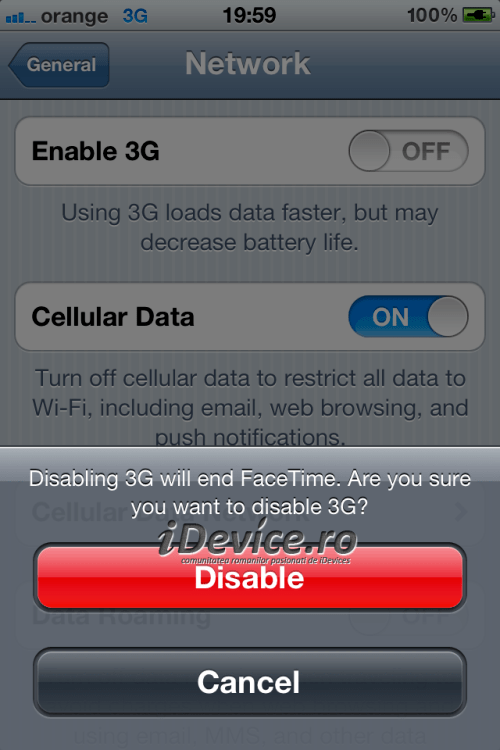 6italai0 - May 20, 2012 at 5:04am
Wow another jailbroken feature being added, what a big fucking surprise, this has been around since the iPhone 4 was first released, FUCK YOU APPLE!!! Thieving assholes
Reply · Like · Mark as Spam

Morons these days - May 20, 2012 at 10:15am
Dum ass the only reason it never ha FaceTime over 3G was cause of 3G now that the be iPhone is going to be 4G LTE they are probably going to change it and this feature hasn't been added yet anyways. If you hate apple get off this website retard
Reply · Like · Mark as Spam
12 More Comments
Recent