Apple has sent out invitations to an October 23rd event at which the company is expected to unveil the iPad mini, reports The Loop.

Apple on Tuesday announced a special event to be held on October 23, 2012 in San Jose. The event is scheduled to take place at 10:00 am PT.

Unlike other recent events that have been held at the Yerba Buena Center for the Arts in San Francisco, Apple will hold this event at the California Theatre in San Jose .

The October 23rd event is shaping up to be a major one with the rumored release of an iPad mini, a 13-inch Retina Display MacBook Pro, updated iMacs, and updated Mac minis. 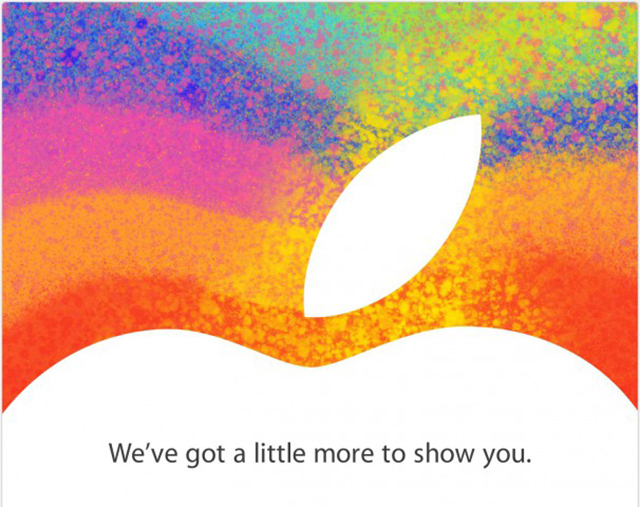 JeffreyLee4Free - October 16, 2012 at 6:08pm
You know... If you look at this invitation a certain way, you can make out a subliminal message... Yep, just as I suspected, the top cleft of the Apple logo looks like the letter "M". If you push the left and right margins in about 1/3 toward the center, the "M" shape is more prominent. This is further proof that Apple will be launching a new product with the letter "M" in it!!! As in iPad Mini!!! I bet now one saw that coming. The letter "M" brought to you by PBS, Sesame Street, and viewers like you. ;)
Reply · Like · Mark as Spam