Apple today revealed the price and launch details of its upcoming Mac Pro.

Designed around an innovative unified thermal core, the Mac Pro features the latest Intel Xeon processors with up to 12 cores, dual workstation-class GPUs, six Thunderbolt 2 ports, PCIe-based flash storage and ultra-fast ECC memory. Packing amazing performance in a stunning new design, the all-new Mac Pro starts at $2,999 (US) and will be available in December.

“The new Mac Pro is our vision for the future of the pro desktop, everything about it has been reimagined and there has never been anything like it,” said Philip Schiller, Apple’s senior vice president of Worldwide Marketing. “The new Mac Pro packs up to 12-core Xeon CPUs, dual FirePro GPUs, ultra-fast ECC memory, new PCIe flash storage, Thunderbolt 2 expandability and more into a radical new design that is one-eighth the size of the previous generation Mac Pro.” 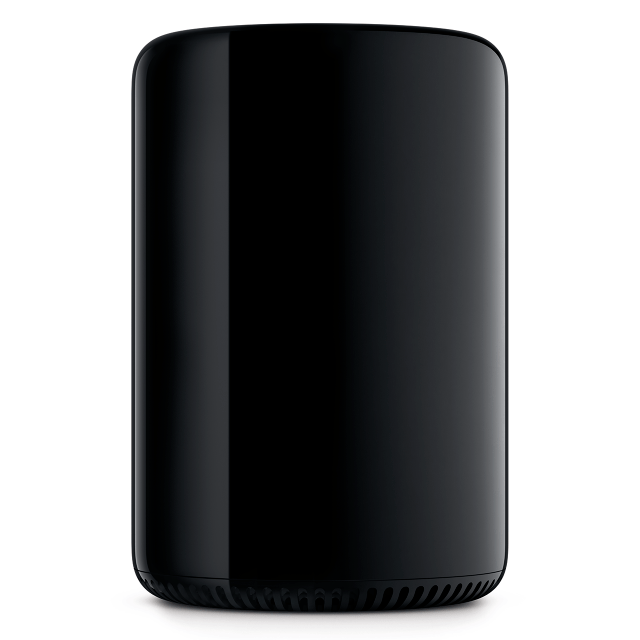 The all-new Mac Pro is architected around a unified thermal core that allows the system to efficiently share thermal capacity across all the processors. An innovative fan draws in air incredibly efficiently and makes the new Mac Pro as quiet as a Mac mini. The result is a pro desktop with unprecedented performance packed into a design that is just 9.9-inches tall and one-eighth the volume of the previous Mac Pro.

Reinvented from the inside out, Mac Pro is designed to tackle even the most demanding workflows. The new Mac Pro features 4-core, 6-core, 8-core or 12-core Intel Xeon processors running at Turbo Boost speeds up to 3.9 GHz that deliver double the floating point performance of the previous generation Mac Pro. Two workstation-class AMD FirePro GPUs with up to 12GB of video memory provide up to seven teraflops of compute power and up to eight times the graphics performance of the previous generation Mac Pro.* OpenGL and OpenCL are optimized in OS X Mavericks to leverage the full computing power of the Mac Pro CPU and dual GPUs.

The new Mac Pro features PCIe-based flash storage that delivers sequential read speeds up to 1.2GBps and is up to 10 times faster than conventional desktop hard drives. ECC DDR3 running at 1866 MHz, with a four-channel memory controller, gives the new Mac Pro up to 60GBps of memory bandwidth, twice that of the previous generation Mac Pro.* The spectacular power and bandwidth of Mac Pro means you can seamlessly edit full-resolution 4K video streams and play them in real time. 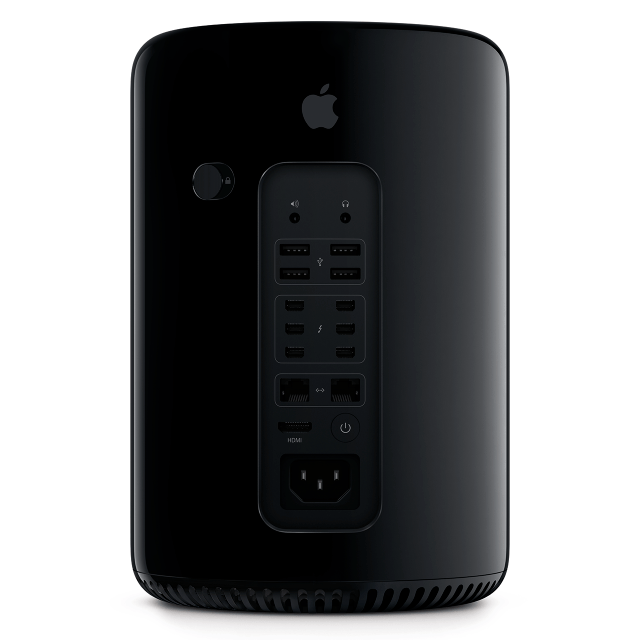 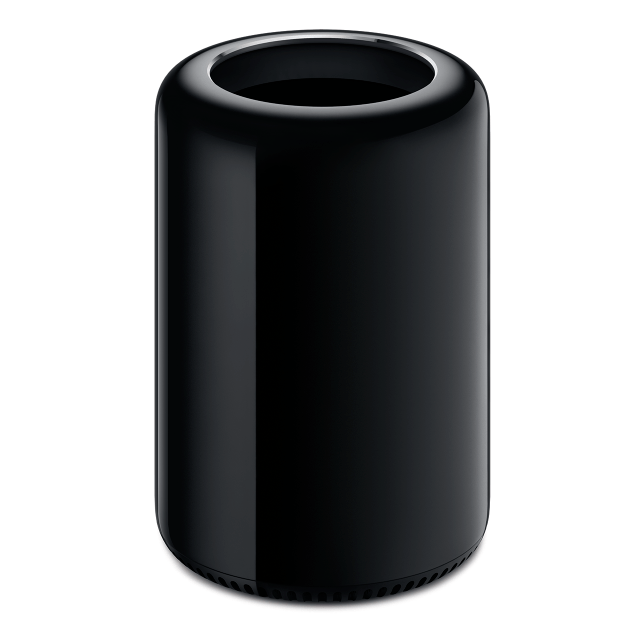