The Apple Watch is currently slated to ship by the end of March, according to people familiar with the matter. The sources say Apple is currently finishing up work on the Apple Watch's software and is on track to begin retail employee training in February.

Apple has been primarily working on putting the Watch's battery through extensive testing and has been working overtime to improve the inductive charging mechanism. Unexpected software delays could delay the Apple Watch, but currently the device is expected to launch in March.

Several sources tell us that Apple is planning an extensive testing program to familiarize Apple Retail Store employees with the new product category. One or two representatives from many Apple Stores in the United States, depending on store and market size, will be sent to Apple offices in either Cupertino, California or Austin, Texas to learn first-hand about the Watch. These training programs will take place between February 9th and February 16th.

Will you be purchasing the Apple Watch, or holding off for the second generation? 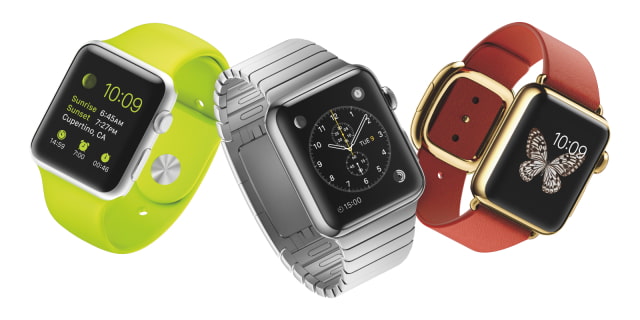 taco el pastor - January 8, 2015 at 2:56pm
While the apple watch promises a lot of things it is still too fat and big. Wait for a few more years for the air version.
Reply · Like · Mark as Spam

Gu - January 7, 2015 at 4:43am
Crappiest part of the watch will be the need to have to use it with the iPhone always. The samsung gear S intrigued me because it has it's own SIM for cell activation and while it can work directly with a phone (samsung phone) it can also have your calls forwarded from the phone whenever you are out of bluetooth range, great for exercising/running.
Reply · Like · Mark as Spam

Ren - January 7, 2015 at 11:43am
Who cares if it needs the iPhone or not? All I need to worry about is excercising with it, and with handoff, it works the same way for calling.
Reply · Like · Mark as Spam
12 More Comments
Recent