The Sierra Sun is reported that Apple was shooting an advertisement yesterday afternoon for an unreleased product.

Apple computers worked on an advertisement at Jax on the Tracks Tuesday afternoon, but because the product they were advertising hadn't been released, members of the group didn't release any information, or allow any photographs.

Jax on the Tracks owner Bud Haley said a location scout found his restaurant for the project.

“Apple found us, they're trying to show us as a hip and cool spot for the 20-something crowd,” Haley said.

Apple's secrecy is common procedure so its unclear if this advertisement is for an entirely new product offering (ie tablet) or simply for the iPod refresh that is widely expected in September. 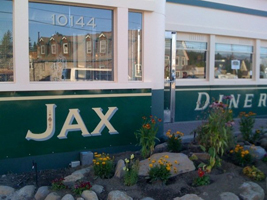