Angry Birds Fight! has been officially launched for the iPhone, iPad, and iPod touch after a soft launch in select countries.

Get ready for a showdown in Angry Birds Fight! – a match-3 frenzy where you take on other players in real-time battles of strategic, bird swapping agility! Join your favorite flock on a journey to match tons of addictive feathery puzzles!

GET READY TO RUMBLE
Play against friends (and foes) in real-time matches. Race against the clock to match as many panels as possible to power up your bird for the fight! GRRRR!

ARM YOURSELF
Equip your birds with wacky weapons and questionable armor to give them more health, attack power and also some special skills to give you the edge. It’s fight or flight!

SET SAIL AND FIGHT
Explore uncharted islands packed with challengers – then knock ‘em out in a match-three frenzy! Win to unlock more birds, weapons and other items. Just look out for the Monster Pigs…

CHALLENGE other players globally in real-time match-three puzzles
POWER UP birds for the fight by matching faster and better than your opponent
MATCH 4 to activate special powers, MATCH 5 to start FEVER TIME!
WIN fights to gain XP, win items and customize your flock and your ship
ACCESSORIZE with different items to increase health, attack and add skills
EARN bird coins in fights to buy more weapons and accessories in the shop
PLAY the lucky slots to unlock more items - go on, give it a spin!

What's New In This Version:
THE WHOLE WORLD HAS JOINED THE FIGHT!
- Challenge the rest of the world to outrageous puzzle battles!
- Fight your way to the top in the all-new global fight rank system!
- Explore new islands, fight new Pig Monsters, and wield new legendary weapons!
- Enhance your weapons and unleash their full power upon your opponents.
- Keep an eye out for new, limited-time events coming soon!
- Also, bug fixes!

You can download Angry Birds Fight! from the App Store for free. 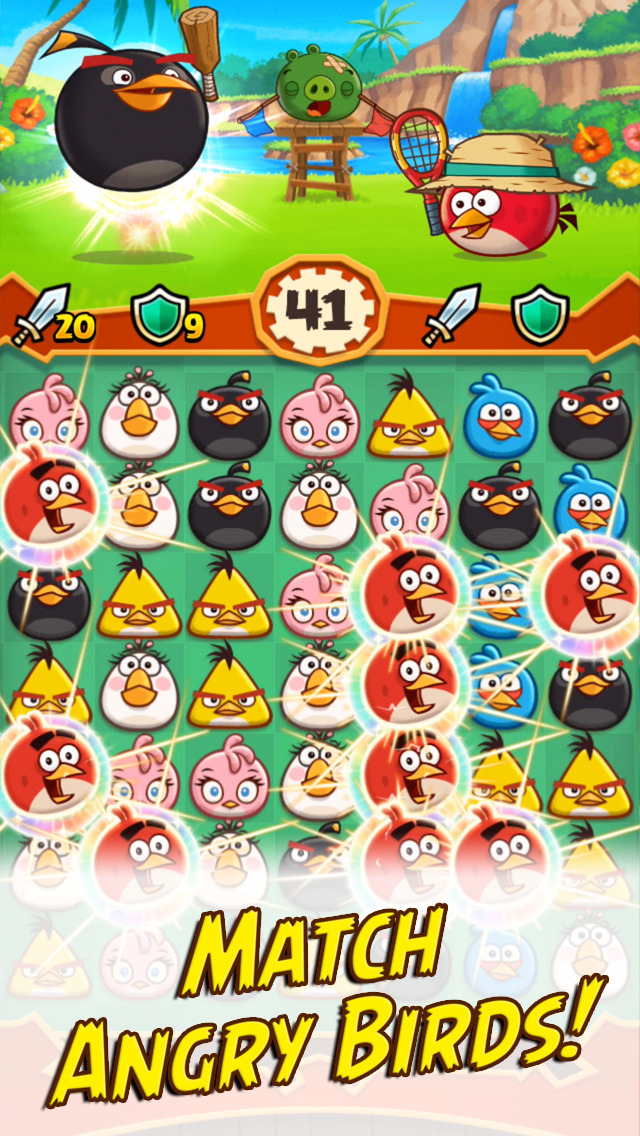 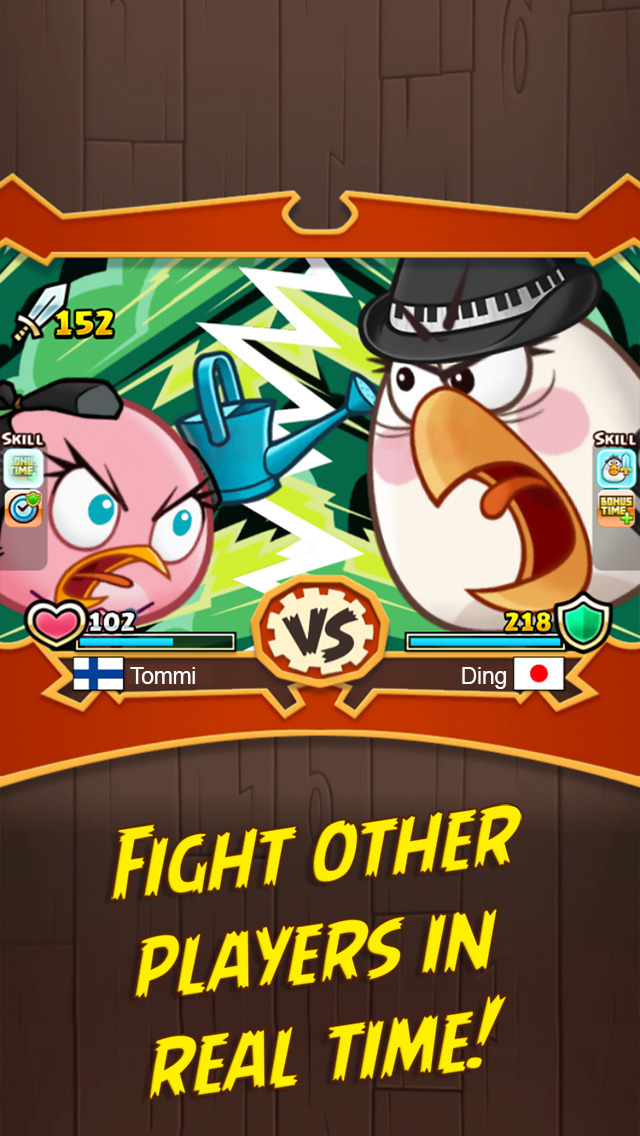 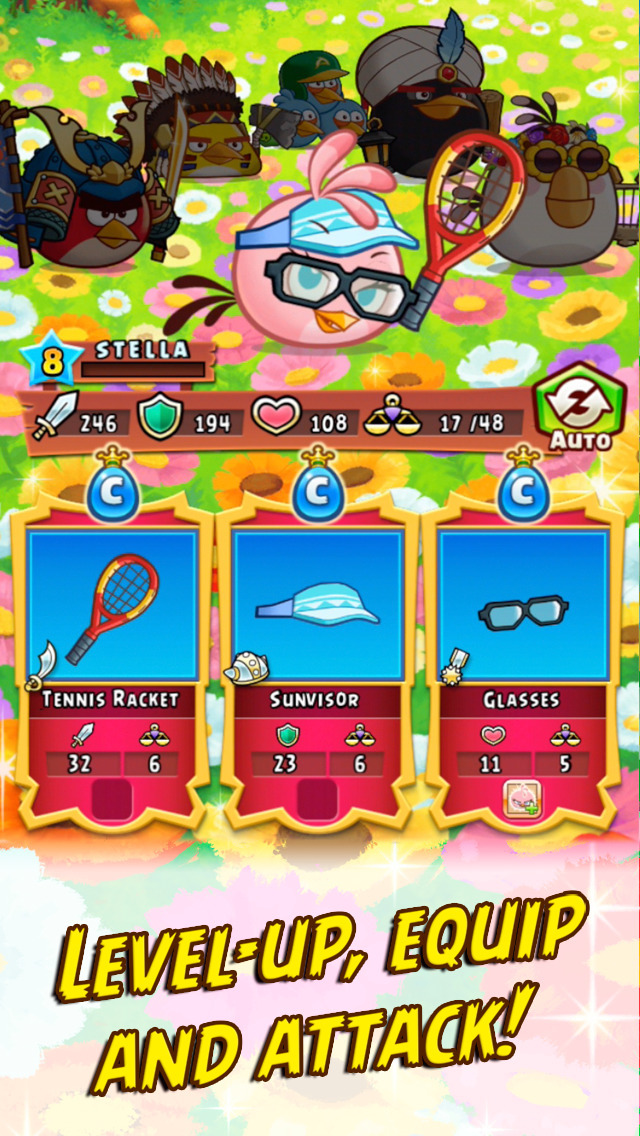 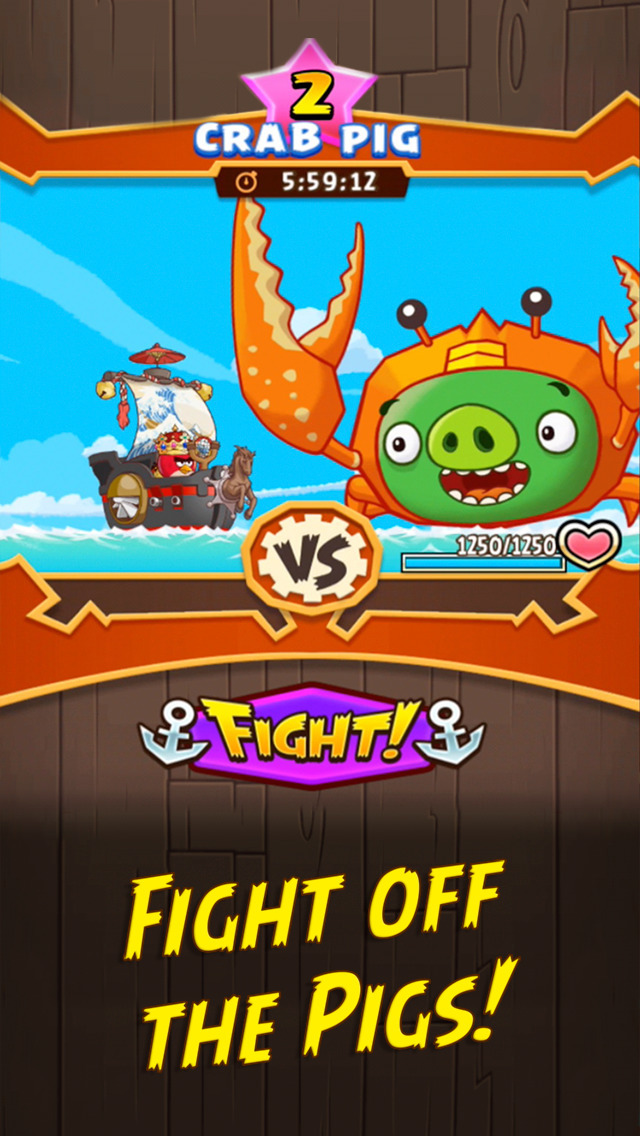 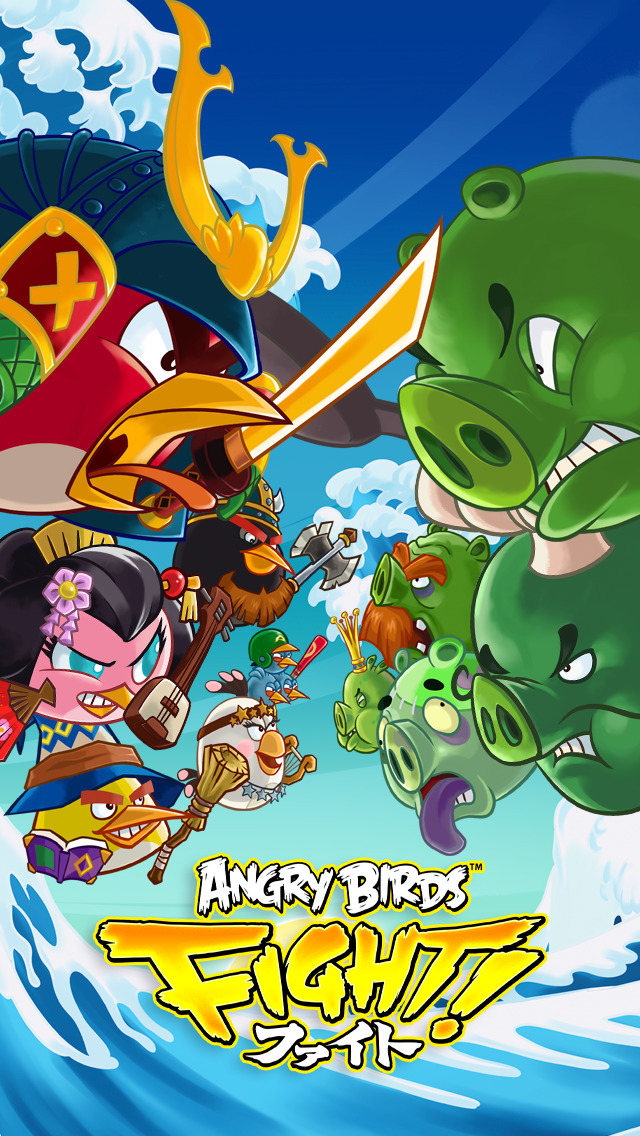 JollySonX - June 11, 2015 at 4:13pm
Well that wasn't worth the bandwidth to download it's candy crush with birds lol
Reply · Like · Mark as Spam

JollySonX - June 11, 2015 at 4:13pm
Well that wasn't worth the bandwidth to download it's candy crush with birds lol
Reply · Like · Mark as Spam
Recent