Notably, Apple does not want it's logo or name to be used in any marketing material, despite the sponsorship.

Alphabet is also a sponsor of the host committee and is offering the use of the shuttles operated by its vendors to transport about 5,000 fans from the Bay Area to the game. 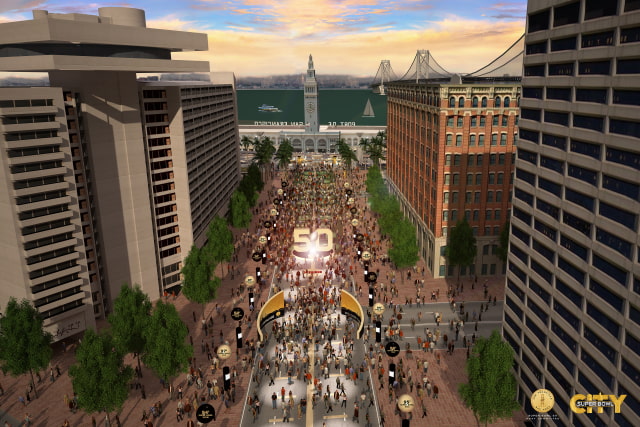