China has shut down Apple's iBooks Store and iTunes Movies just six months after they were launched in the country, reports the New York Times.

Initially, Apple apparently had the government’s approval to introduce the services. But then a regulator, the State Administration of Press, Publication, Radio, Film and Television, asserted its authority and demanded the closings, according to two people who spoke on the condition of anonymity.

“We hope to make books and movies available again to our customers in China as soon as possible,” an Apple spokeswoman said in a statement.

The move by Chinese regulators is worrisome, as Apple is dependent on the country for much of its growth. Additionally, it could indicate a pushback against Apple's expansion into the country.

President Xi Jinping of China recently held a meeting in Beijing on China’s restrictive Internet policies. Top tech leaders, including Jack Ma, chairman of Alibaba, and Ren Zhengfei, head of Huawei, were present. “China must improve management of cyberspace and work to ensure high-quality content with positive voices creating a healthy, positive culture that is a force for good,” the state-run news service Xinhua quoted Mr. Xi as saying. 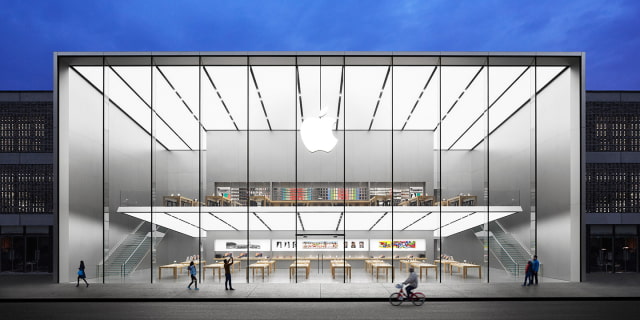 lepaka - April 22, 2016 at 6:55pm
easy to understand, they don't want to spend a penny on films or books which are coming from foreigners countries. if they do it, then only exclusively for Chinese publications. no paid Hollywood in China, that is know since ever
Reply · Like · Mark as Spam

Chinky Chink - April 23, 2016 at 1:22am
Yeah easy to understand...iBooks and iTunes movies will cut the Chinese government profits of their pirated books and movie business. How dare Apple and Hollywood tried to sell their copyrighted materials to the Chinese public legitimately.
Reply · Like · Mark as Spam

SayingWhatEveryonesThinking - April 22, 2016 at 2:47pm
The Chinese government sucks. I can't believe there are idiots in the USA that would vote for a similar system of government.
Reply · Like · Mark as Spam