The move could result in a multi-billion dollar shortfall for Qualcomm over the coming years if the legal fight isn't resolved quickly. Suppliers likely won't be able to pay Qualcomm out of their own pocket and would risk their relationship with Apple if they did so.

In January, Apple sued Qualcomm for $1 billion alleging that the company has been 'charging royalties for technologies they have nothing to do with'. The lawsuit follows one from the FTC which charges Qualcomm with using anticompetitive tactics to maintain its monopoly in the supply of baseband processors used in cellular phones. Apple said Qualcomm is withholding 'nearly $1 billion in payments from Apple as retaliation for responding truthfully to law enforcement agencies investigating them.'

Qualcomm countersued Apple in April accusing the company of failing 'to engage in good faith negotiations for a license to Qualcomm’s 3G and 4G standard essential patents on fair, reasonable and non-discriminatory terms'.

Following Apple's latest move in the rapidly escalating battle, Qualcomm is slashing revenue guidance for the current quarter by $500 million.

“Apple is improperly interfering with Qualcomm’s long-standing agreements with Qualcomm’s licensees,” said Don Rosenberg, executive vice president and general counsel of Qualcomm. “These license agreements remain valid and enforceable. While Apple has acknowledged that payment is owed for the use of Qualcomm’s valuable intellectual property, it nevertheless continues to interfere with our contracts. Apple has now unilaterally declared the contract terms unacceptable; the same terms that have applied to iPhones and cellular-enabled iPads for a decade. Apple’s continued interference with Qualcomm’s agreements to which Apple is not a party is wrongful and the latest step in Apple's global attack on Qualcomm. We will continue vigorously to defend our business model, and pursue our right to protect and receive fair value for our technological contributions to the industry.”

"For many years Qualcomm has unfairly insisted on charging royalties for technologies they have nothing to do with", says Apple. "The more Apple innovates with unique features such as TouchID, advanced displays, and cameras, to name just a few, the more money Qualcomm collects for no reason and the more expensive it becomes for Apple to fund these innovations. Qualcomm built its business on older, legacy, standards but reinforces its dominance through exclusionary tactics and excessive royalties. Despite being just one of over a dozen companies who contributed to basic cellular standards, Qualcomm insists on charging Apple at least five times more in payments than all the other cellular patent licensors we have agreements with combined."

A protracted legal battle with Apple may be just the start of problems for Qualcomm as it appears likely that Apple will shift to using an increasing number of Intel modems in its next generation devices. 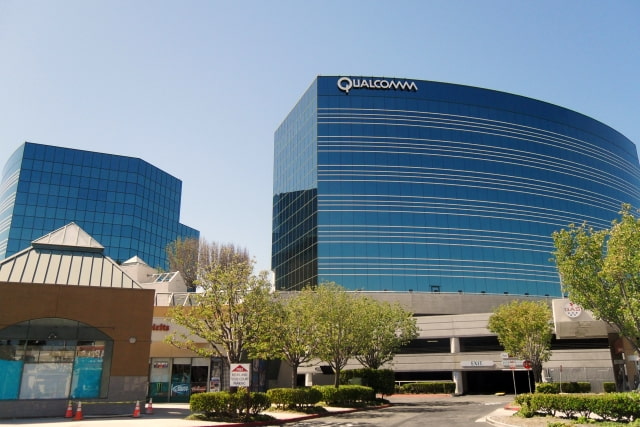