Apple has hired Jamie Erlicht and Zack Van Amburg from Sony Pictures where they served as co-Presidents since 2005. The creative executives will lead Apple's video programming efforts worldwide, reporting to Eddy Cue. They have been responsible for some of the most popular and widely acclaimed programming of the past decade, including favorites such as Breaking Bad and its spinoff Better Call Saul, The Crown, Rescue Me and many more.

“Jamie and Zack are two of the most talented TV executives in the world and have been instrumental in making this the golden age of television,” said Eddy Cue, Apple’s senior vice president of Internet Software and Services. “We have exciting plans in store for customers and can’t wait for them to bring their expertise to Apple — there is much more to come.”

“It will be an honor to be part of the Apple team,” said Jamie Erlicht. “We want to bring to video what Apple has been so successful with in their other services and consumer products — unparalleled quality.”

“Apple has a relentless focus on delighting customers with their products,” said Zack Van Amburg. “We will bring that same intention to Apple’s programming and we could not be more excited about what lies ahead.”

Since Erlicht and Van Amburg have served as presidents of Sony Pictures Television, the studio’s slate of original primetime series more than tripled, growing to include many of TV’s most acclaimed shows. They have extensive expertise producing television for global audiences and creating programming for a wide range of services including shows for Amazon, Hulu and Netflix. Their incredible roster of programs — which have won 36 Emmys and dozens of Golden Globes, AFI and WGA awards — have included fan favorites such as Better Call Saul, The Blacklist, Bloodline, Breaking Bad, The Crown, Damages, The Goldbergs, Justified, Preacher, Rescue Me, The Shield, Sneaky Pete and many more.

There's also a new documentary chronicling Sean Combs' (Puff Daddy) and his record label's rise to the top of the music business in the mid-90s and his difficulties putting together last year's 20th anniversary Bad Boy reunion shows. The film premieres on Apple Music June 25th. 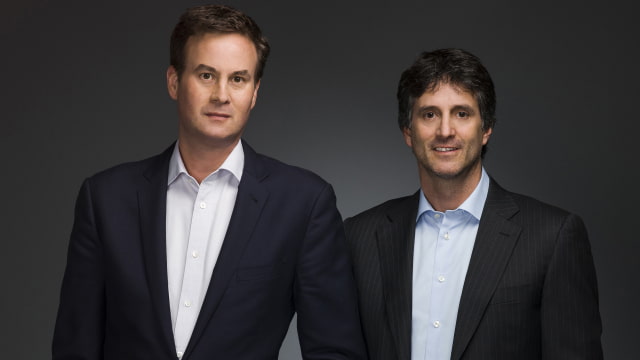