Apple has issued a statement in response to an open letter from advertisers angry about the new Intelligent Tracking Prevention feature in Safari. The feature prevents cookies from being used in a 3rd-party context after 24 hours, limiting the ability of advertising companies to retarget ads to users or recreate your web browsing history.

Here's the open letter from advertisers via AdWeek:

An Open Letter from the Digital Advertising Community

The undersigned organizations are leading trade associations for the digital advertising and marketing industries, collectively representing thousands of companies that responsibly participate in and shape today’s digital landscape for the millions of consumers they serve.

We are deeply concerned about the Safari 11 browser update that Apple plans to release, as it overrides and replaces existing user-controlled cookie preferences with Apple’s own set of opaque and arbitrary standards for cookie handling.

Safari’s new “Intelligent Tracking Prevention” would change the rules by which cookies are set and recognized by browsers. In addition to blocking all third-party cookies (i.e. those set by a domain other than the one being visited), as the current version of Safari does, this new functionality would create a set of haphazard rules over the use of first-party cookies (i.e. those set by a domain the user has chosen to visit) that block their functionality or purge them from users’ browsers without notice or choice.

The infrastructure of the modern Internet depends on consistent and generally applicable standards for cookies, so digital companies can innovate to build content, services, and advertising that are personalized for users and remember their visits. Apple’s Safari move breaks those standards and replaces them with an amorphous set of shifting rules that will hurt the user experience and sabotage the economic model for the Internet.

Apple’s unilateral and heavy-handed approach is bad for consumer choice and bad for the ad-supported online content and services consumers love. Blocking cookies in this manner will drive a wedge between brands and their customers, and it will make advertising more generic and less timely and useful. Put simply, machine-driven cookie choices do not represent user choice; they represent browser-manufacturer choice. As organizations devoted to innovation and growth in the consumer economy, we will actively oppose any actions like this by companies that harm consumers by distorting the digital advertising ecosystem and undermining its operations.

We strongly encourage Apple to rethink its plan to impose its own cookie standards and risk disrupting the valuable digital advertising ecosystem that funds much of today’s digital content and services.

Apple believes that people have a right to privacy – Safari was the first browser to block third party cookies by default and Intelligent Tracking Prevention is a more advanced method for protecting user privacy,” Apple said in a statement provided to The Loop. “Ad tracking technology has become so pervasive that it is possible for ad tracking companies to recreate the majority of a person’s web browsing history. This information is collected without permission and is used for ad re-targeting, which is how ads follow people around the Internet. The new Intelligent Tracking Prevention feature detects and eliminates cookies and other data used for this cross-site tracking, which means it helps keep a person’s browsing private. The feature does not block ads or interfere with legitimate tracking on the sites that people actually click on and visit. Cookies for sites that you interact with function as designed, and ads placed by web publishers will appear normally,” the company said.

You can learn more about Intelligent Tracking Prevention at the link below... 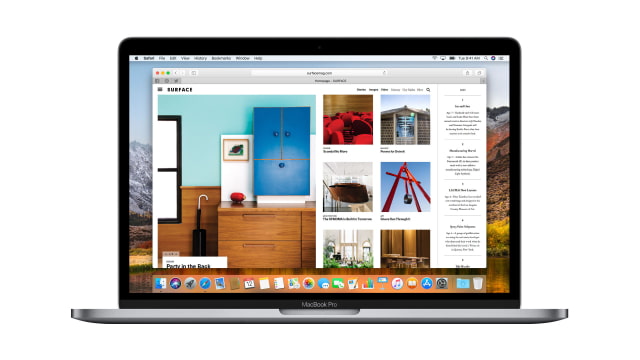 Momin Nz - September 18, 2017 at 8:33am
An absolutely amazing move by Apple, these companies are bullies and have no right to track user data plus recreate a pattern from user history and target again and again. I've tried getting rid of these tracks but seems impossible. Welcome, Apple's move to stop these theives.
Reply · Like · Mark as Spam

Jim Crusan - September 17, 2017 at 2:11pm
I for one don't want these f ing advertisers using up my data with all their stupid adds. Like the post above, I have never, ever bought anything, because of an ad that I saw. Much as I hate Apple, more power to them in this case. F ck the advertisers. And I do own 2 iPhones.
Reply · Like · Mark as Spam

TechnoGeek702 - September 17, 2017 at 8:15am
Who cares what them advertising company want. I spend the money to have to only see what I want to see. Privacy is why I stick to Apple and not have Google have all my information for profit. That is the biggest difference between Apple and Android, "PRIVACY".
Reply · Like · Mark as Spam
18 More Comments
Recent