Europe 1, one of the leading radio stations in France, is claiming that Apple will unveil its new iPhones on September 12th at the Steve Jobs Theater. The date was purportedly confirmed by two sources.

It was about the 5th, 6th and 12th of September. It is finally for this last date, Wednesday, September 12th, that Apple has opted for its keynote of return, according to the information obtained by Europe 1. The brand will present its new iPhone, as well as a new Apple Watch during a event to be held at the Steve Jobs Theater, the auditorium of the firm's headquarters in Cupertino, have indicated two sources to Europe 1. As usual, the keynote will start at 10 am local time (19 hours, time French).

Apple is expected to unveil three new iPhones at the event alongside a new Apple Watch. The company is also working on new AirPods and iPad Pros. It's believed that pre-orders will go live on September 14th followed by their release a week later. 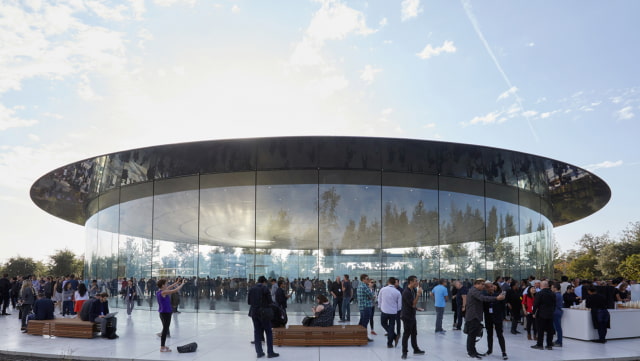