Spotted by Consomac, the filing identifies three new desktop product models that run macOS 10.14: A1993, A2115 and A2116. It's believed that these could be updates to the Mac mini and iMac. The Mac mini hasn't been upgraded in over four years and many are eagerly awaiting its long overdue refresh.

The A1932 laptop model was previously spotted in the same database but has yet to be released. This could be the widely rumored low-cost MacBook. The device is expected to support Touch ID but not have a Touch Bar. It will purportedly look similar to the MacBook Air but have thinner bezels and a 13-inch Retina display.

Apple will likely announce these new devices alongside new iPads at its October 30 special event. Please follow iClarified on Twitter, Facebook, Google+, or RSS for updates. 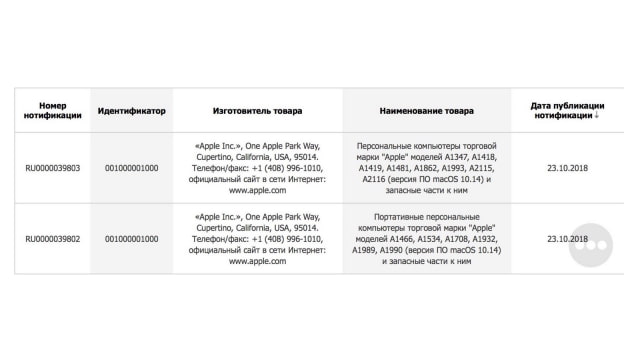