Bang & Olufsen has announced that AirPlay 2 will be rolled out to ten of its existing multiroom speakers, as well as the new Beosound 1, Beosound 2, and Beosound Edge. Support for AirPlay 2 was originally announced for September but delayed.

We did communicate that we would have the AirPlay 2 integration ready by September. However, we have concluded that the integration into our products wasn’t not good enough, so we have decided to do a step by step release over the coming months to ensure a strong customer experience.

Here's the full list of speakers which will get AirPlay 2 support:
- Beoplay M3, Beosound Core, Beosound Shape (via the Beosound Core) – November
- Beosound 1 (1st gen) & Beosound 2 (1st gen) and Beoplay M5 – November
- Beoplay A9 (mk2), Beoplay A6, Beosound Essence (2nd gen), Beosound 35 – by end of December
- Beovision Eclipse (audio only) – by end of December
Multiroom speakers that have been announced after May 2018 will have Airplay 2 integrated from sales start. This includes:
- Beosound 1 and Beosound 2 with the Google Assistant – from October depending on region
- Beosound Edge – from mid-November depending on region. 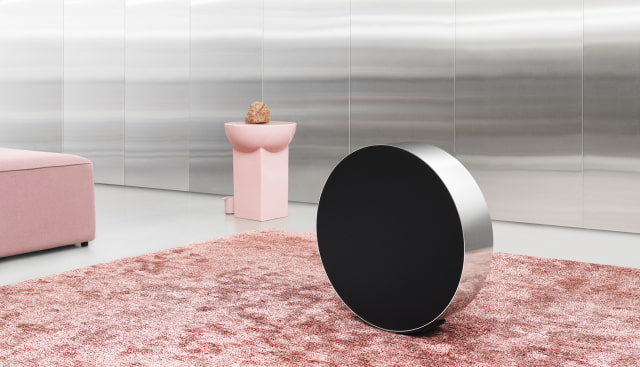