Corning is working on ultrathin, bendable glass that's just 0.1mm thick and can bend to a 5mm radius, reports Wired. The glass is being developed as cover glass for foldable smartphones and is touted as superior to the plastic polymers being used currently.

“Glass today, the current choices out there, they’re not optimal” for folding smartphones, says John Bayne, head of Corning's Gorilla Glass business. “In a glass solution, you’re really challenging the laws of physics, in that to get a very tight bend radius you want to go thinner and thinner, but you also have to be able to survive a drop event and resist damage.”

Corning's goal is to achieve a tight bend without sacrificing much durability. Unlike plastics, glass will be able to recover after deformations, will not crease over time, and won't scratch as easily.

“The back of the problem we’re trying to break, the technical challenge, is, can you keep those tight 3- to 5-millimeter bend radii and also increase the damage resistance of the glass,” Bayne says. “That’s the trajectory we’re on.”

“We have glasses we’ve sampled to customers, and they’re functional, but they’re not quite meeting all the requirements,” Bayne says. “People either want better performance against a drop event or a tighter bend radius. We can give them one or the other; the key is to give them both.”

Corning expects to have its bendable glass ready by the time foldable smartphones go mainstream. That could take a few years. This year's new phones from Samsung and Huawei are targeted at early adopters and come with a high price tag. If the form factor proves compelling in real life, it's likely that we'll see significant improvements to the hardware and software over the next couple years. 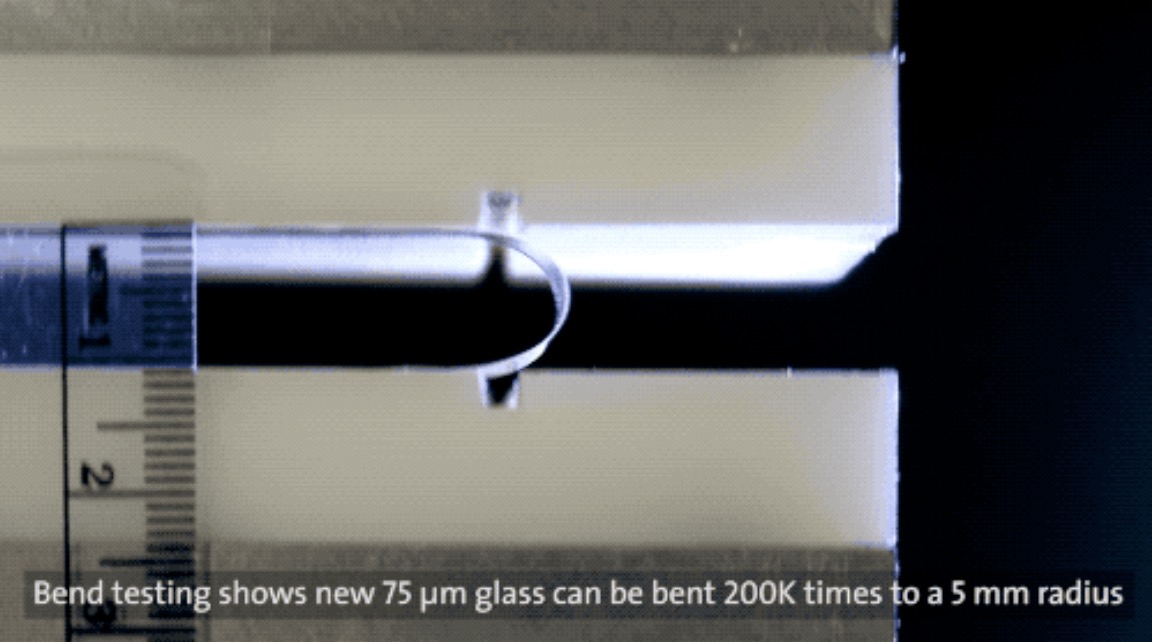