You can learn more about the device here or check out the reviews below! 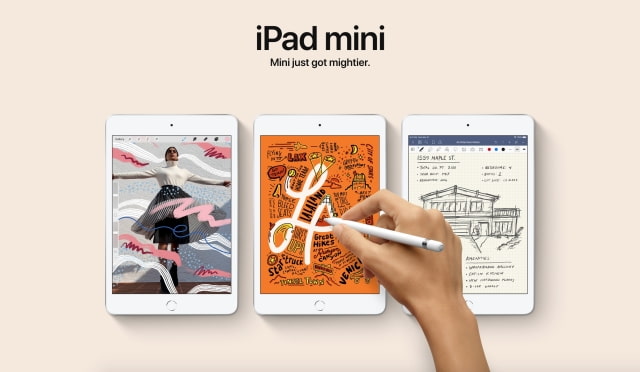 The Verge:
But the decision to get an iPad mini is simple: do you want a small, capable tablet? If you do, the mini is obviously worth $399, especially when you consider how long Apple has supported iPads for in the past. There’s just nothing else like it. Let’s just hope that next time we don’t have to wait four years for Apple to remember it exists again.


CNET:
But unlike the iPhone SE, which managed to be both throwback and fun, or the retina return of the MacBook Air, the Mini doesn't feel quite as triumphant in the sea of other Apple-made alternatives. I guess in the end, what I'm saying is it didn't spark joy.


Engadget:
There will always be reasons to keep the mini around: as you read this, it's being used in point-of-sale kiosks and in airplane cockpits and on Chili's dining room tables. And that's great for them. For you and me, though — for most actual users, I suspect this year's mini will come off more as a capable curiosity than a must-own tablet.


Wired:
I haven’t fallen in love with the new Mini, just as I never felt the need to buy one before. But I could see why people would. It’s less burdensome than a lot of other things we carry. It’s not quite pocketable, but it’s close. Again, I can’t hold it in one hand, but some people can, I’m sure. The Mini feels personal in a way that other devices no longer do. Not because of its actual newness, but because it is still here, and slightly reinvented, once again.


TechCrunch:
Though still just as pricey (in comparison) as it was when it was introduced, the iPad mini remains a standout device. It’s small, sleek, now incredibly fast and well provisioned with storage. The smallness is a real advantage in my opinion. It allows the mini to exist as it does without having to take part in the ‘iPad as a replacement for laptops’ debate. It is very clearly not that, while at the same time still feeling more multipurpose and useful than ever. I’m falling in real strong like all over again with the mini, and the addition of Pencil support is the sweetener on top.


Pocket-lint
The iPad mini is a huge leap in terms of performance over its predecessor and last year's 9.7-inch iPad, too. If you want a more compact iPad, there's little we can say against it. Yes, there is some sadness that iPad mini couldn't have had smaller bezels and been a little more progressive in its appearance, but we don't believe that many would-be buyers will be put off by that.