KT, the second largest mobile carrier in South Korea, indicates that Apple may launch its fourth generation iPhone as early as April.

The KoreaTimes has heard that talks over sales volumes are underway and that KT is set to sell the new devices to its bigger local corporate clients as a "litmus test" in April. It plans to provide the new iPhones to local distributors in June.

"We don't see any bigger hurdle to introduce 4G iPhones here, as legal issues were completely cleared. It’s possible to launch the devices within the first half," a high-ranking KT executive told The Korea Times, asking not to be identified.

"Still, there are some 3G iPhone stocks. But KT and Apple have reached a broad consensus to introduce the advanced models as early as possible," according to the executive.

If this report is accurate, Apple may be trying to counter the rush of new smartphones such as the Google Nexus One device.

Update*: French site Challenges.fr has heard from "several mobile operators" that the next iPhone will launch in May. 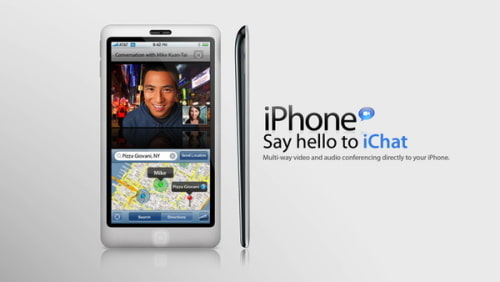 samK - January 12, 2010 at 2:39pm
OLED i think is a must for the new one. i honestly thought it would have been on the 3GS but guess not... \"multitasking\" is cool but more ram is cooler. if they add multitasking, more ram is a given (duh). but 1gb? i don\'t think so. but hey apple, please prove me wrong and add a real god damn flashlight. thanks. physical buttons? hell no. i don\'t want to carry a sidekick.
Reply · Like · Mark as Spam

Anonmuz - January 12, 2010 at 2:24pm
It all seems very likely Apple is going to make these changes, Apple is very set in their ways but they also know when consumers have had enough and with competition like the Droid, Nexus and the Xperia X-10 Apple knows it has to step it\'s game up. It\'s no different than them recognizing that they needed to add an video camera and more RAM and an compass for better GPS, it\'s what companies that are ahead like Apple do, make sure that they stay ahead. I know I, like many people wouldn\'t pay 80+ dollars for a new iPhone battery when mine dies, they recognize that no one will be willing to do so and therefor make battery swapping available. Multi-tasking isn\'t very high on my personal list but jailbreaking is still very much alive so I wouldn\'t be worried about that. Memory, I\'m just gonna assume \'HO\' is complaining about there not being any Micro SD expansion slots and most of us all know cell phones actual memory has never been expandable but I do feel that a phone such as the iPhone does need at the least 1GB of RAM instead of 512MB to function properly. Computer literate people know that \'storage space\' is not the kind of \'memory\' that makes your phone run faster. 1GB of RAM should be more than enough to keep 32GB and 64GB drives running smoothly. Also, I perfer having a better display and especially multi-core processing over multi-tasking, physical buttons and a keypad lol. What are you trying to do, go back in time?? Have you ever seen the physical gaming controllers that the iPhone sits on? It just makes more sense. And get off the whole physical Qwerty keyboard, Apple is not doing a physical keyboard ever, have you ever seen a bulky Apple product? Get a Pre or a Pixi or an Android phone if you want one so bad.
Reply · Like · Mark as Spam