The kiosks are actually active, at present, but using them requires a software update — iOS 12.3 and watchOS 5.2.1, respectively. Then a debit or credit card needs to be associated with Express Transit in Apple Wallet, using Face or Touch ID. Once installed, it should work on the iPhone 6s and SE or later, along with the Apple Watch Series 1, 2 and 3, using NFC to get you in. 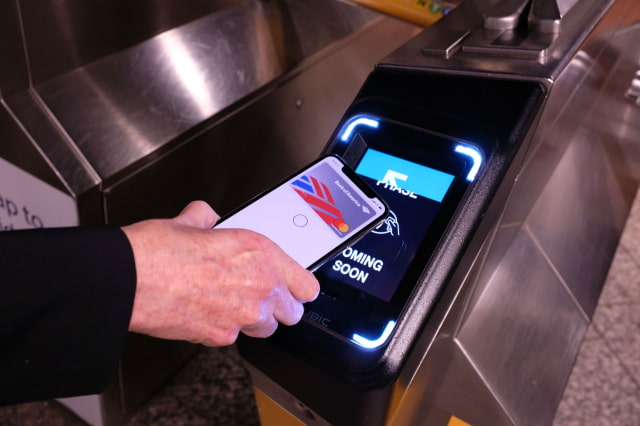 To use the system, simply hold your phone or watch up to the display. It will beep. A large 'Go' will be displayed on screen and your device will say 'Done'.

Initially, the system will be limited to the 4, 5, 6 line between Grand Central-42 Street in Manhattan and Atlantic Ave-Barclays Center in Brooklyn, as well as Staten Island buses. It's also restricted to single-ride passes, meaning riders who buy daily, weekly, or monthly passes won't be able to use it. More fare options are coming by late 2020. 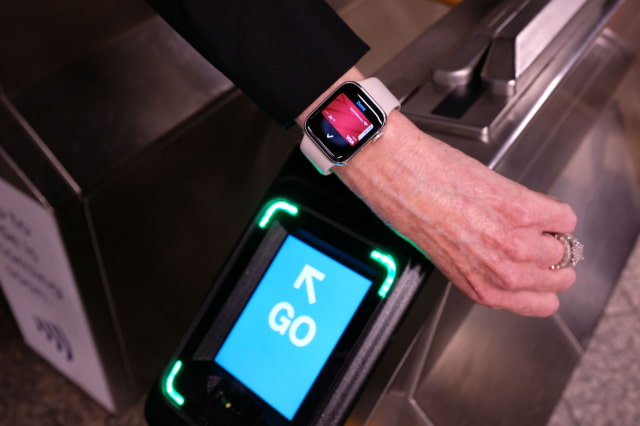