Apple may be in the process of acquiring Drive.ai, a company that uses artificial intelligence to make self-driving systems for cars.

Drive.ai was was established in 2015 through Stanford University's Artificial Intelligence Lab by a group of graduate and PhD students. The company currently runs one of the country's first self-driving on demand services open to the general public in Arlington, Texas.

According to The Information, Apple is looking to acquire Drive.ai's engineering talent in order to boost its efforts to develop a self-driving vehicle system.

The planned deal, described as an “acqui-hire” of the Silicon Valley firm by these people, could result in dozens of Drive.ai engineers ending up at Apple, one of the people said. Drive.ai, which has been running small pilot programs of its prototype shuttles in Texas, began seeking buyers for the company as early as February, as previously reported by The Information.

Addressing the report, an Apple spokesperson said, "We don't comment on speculation." This is not usual statement Apple provides when 'confirming' an acquisition. 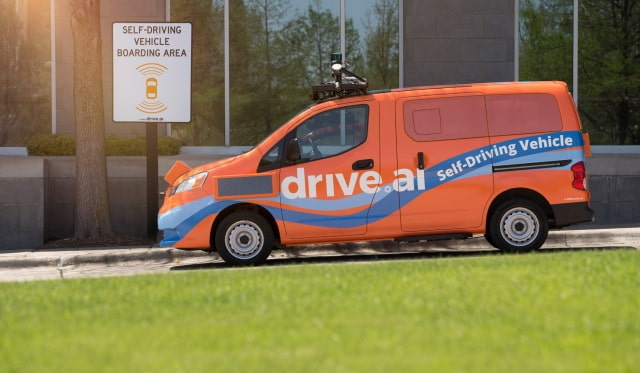 NoGoodNick - June 11, 2019 at 6:22pm
So Apple is going to take over ANOTHER doomed technology: AI produced traffic deaths for lawyers to sue incessantly over? And you wonder WHY Apple needs 900 internal lawyers?
Reply · Like · Mark as Spam
Recent