Amazon has announced that this year's Prime Day will be a 'two-day parade of epic deals' running from July 15 to July 16.

This July, Amazon will provide Prime members worldwide the chance to get epic deals during its longest Prime Day ever. Prime Day starts at midnight PT on Monday, July 15 and – for the first time ever – runs for 48 hours, offering members two full days with more than one million deals around the world. Prime Day will be the biggest celebration of deals with limited-time offers, never-before-seen entertainment and exclusive launches online and in-store. Also, members will find the biggest Prime Day deals ever on Alexa-enabled devices.

“Get ready, as we pull back the curtain to reveal exclusive products, special performances and two full days of phenomenal deals this Prime Day,” said Jeff Wilke, Amazon CEO Worldwide Consumer. “Our vision is that Prime Day should be the absolute best time to be a member – when you can enjoy shopping, savings, entertainment and some of the best deals Prime members have ever seen. Stay tuned as we reveal exclusive savings at Whole Foods Market, thousands of new product launches, as well as world-class entertainment and more, leading up to Prime Day on July 15 and 16.”

Amazon has already announced a teaser deal offering $120 off a Toshiba HD 43-inch Fire TV Edition Smart TV. That brings its price down to $179.99. The deal will run through June 30th or while supplies last.

Prime Day is available to Prime members in the U.S., U.K., Spain, Singapore, Netherlands, Mexico, Luxembourg, Japan, Italy, India, Germany, France, China, Canada, Belgium, Austria, Australia and the United Arab Emirates. If you don't have a Prime membership yet, you can get a free trial here. 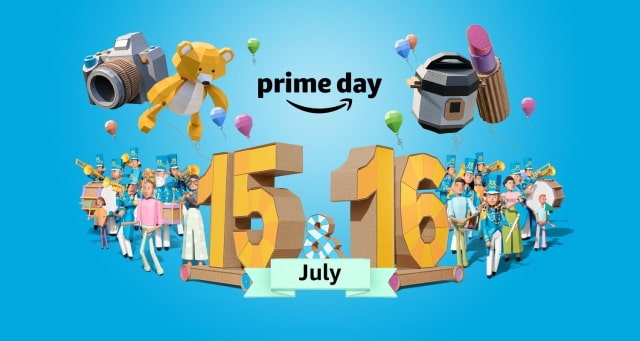 1reader - June 25, 2019 at 4:49pm
I believe their sale prices for this Prime day are higher than BFriday, but it gets people’s attention this announcements
Reply · Like · Mark as Spam
Recent