A new Apple 13-inch MacBook Pro has surfaced on the FCC website ahead of its release. The notebook has a model number of A2159 and was first spotted in the ECC database last month.

We, Apple Inc., are applying for an FCC grant for a Single Certification of the device: MacBook Pro The MacBook Pro, Model A2159 is a laptop computer, with built-in IEEE802.11a/b/g/n/ac radio and Bluetooth radio.

Notably, there were six other MacBook models numbers found at the ECC but those have yet to be spotted at the FCC.

It's possible that the new 13-inch MacBook Pro could be an updated non-Touch Bar model. Please follow iClarified on Twitter, Facebook, Google+, or RSS for further developments. 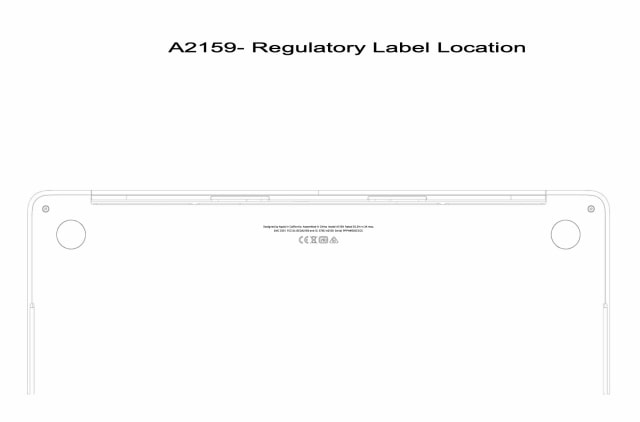