Apple has sent out press invitations to a special event on September 10th at which the company will unveil its next generation iPhones.

The 'By innovation only' event will take place at the company's Apple Park headquarters in Cupertino, California. It begins at 10:00am PT.

Besides iPhones, Apple could unveil its next generation Apple Watch during the presentation. It's also likely that we'll learn more about the Apple TV+ streaming service and Apple Arcade. 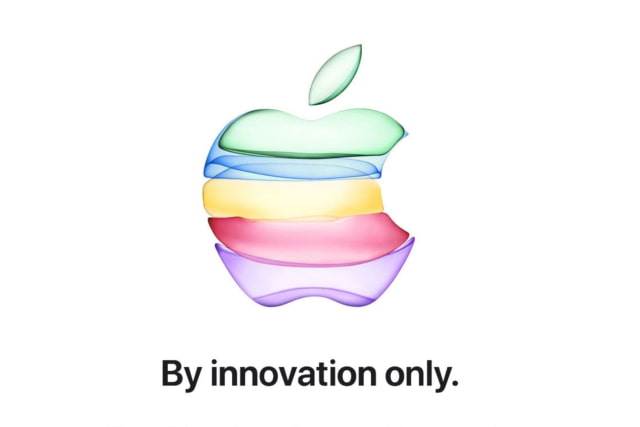 1reader - August 30, 2019 at 7:09pm
Did you guys read about latest hole in IOS or we have to wait for iclarified to mention of it. Big problem for everyone who thinks iOS is super secure (funny that the vulnerability was found by google)
Reply · Like · Mark as Spam

NoGoodNick - August 30, 2019 at 10:37pm
It’s actually related to the 6 ‘serious’ security risks that Apple already knew about and supposedly ‘fixed’. Turns out the same vulnerability is accessible through other means, which weren’t patched. At this point, there’s no telling how many additional ways to access it currently exist. Google only ‘found’ it by stumbling across a hidden hacker site which automatically loads a non-working iOS VIRUS. Again, the “NEW” vulnerability doesn’t actually do anything, but there are thousands of hackers, at least, searching for a way in that does work.
Reply · Like · Mark as Spam
Recent