Apple is preparing to launch several new devices in the first half of 2020, according to analyst Ming-Chi Kuo.

In the first quarter of 2020, Kuo predicts Apple will unveil a new iPad Pro with a rear-facing 3D time-of-flight sensor. A time-of-flight camera system determines the distance between the camera and subject for each point of the image by measuring the time it takes for a laser or LED light signal to leave the camera and reflect back. Kuo has previously said that Apple is planning to add time-of-flight (ToF) 3D sensors to the rear cameras of two iPhone models in 2020.

The analyst also reiterated predictions that Apple will launch a new 'iPhone SE 2' that is similar to the iPhone 8 in design.

Kuo says that Apple will release a MacBook in the second quarter of 2020. Previous reports have suggested that Apple could introduce a new 16-inch MacBook Pro with a scissor mechanism keyboard as early as this month. That keyboard would likely make its way to other MacBook models in 2020 and we presume that is what's being referenced here.

The much rumored Apple Headset is also predicted for release in 2Q20. There's little information about the headset at this time; however, Apple accidentally left evidence of the device in the gold master of Xcode 11.

Finally, Kuo says that a 5G iPhone will arrive in the third quarter of 2020. 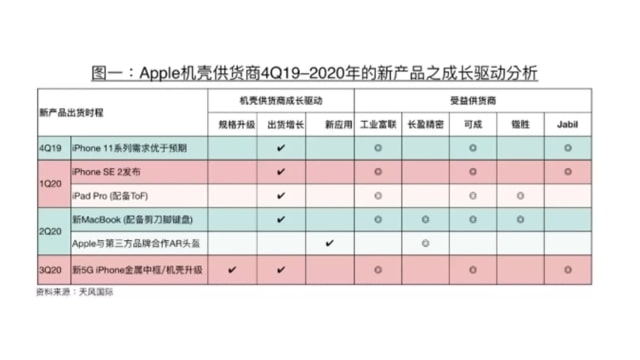