From world-class originals and treasured hits, to blockbuster films and streaming channels, Peacock will offer consumers everything fans love to watch, all in one place. Taking a different strategic approach, the company announced a tiered offering that gives consumers broad access to Peacock across web, mobile and connected-TV devices.

“This is a very exciting time for our company, as we chart the future of entertainment,” said Steve Burke, Chairman of NBCUniversal. “We have one of the most enviable collections of media brands and the strongest ad sales track record in the business. Capitalizing on these key strengths, we are taking a unique approach to streaming that brings value to customers, advertisers and shareholders.” 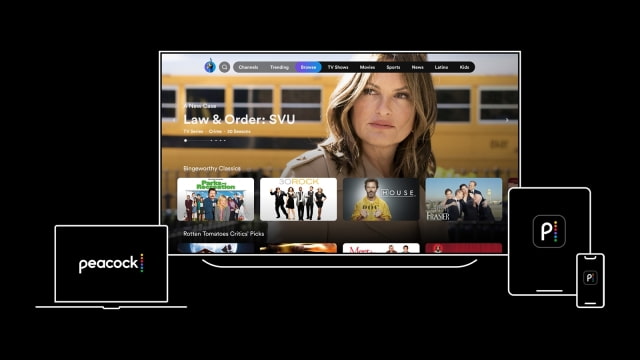 Tiers:
● Peacock Free: This free, ad-supported option will provide fans everywhere with more than 7,500 hours of programming. Peacock Free includes next day access to current seasons of freshman broadcast series, complete classic series, popular movies, curated daily news and sports programming including the Olympics, Spanish-language content, select episodes of marquee Peacock originals and tent-pole series, as well as curated Peacock streaming genre channels such as “SNL Vault,” “Family Movie Night” and “Olympic Profiles.”
● Peacock Premium: Bundled at no additional cost to 24 million Comcast and Cox subscribers, this ad-supported option will additionally include full season Peacock originals and tent-pole series, next day access to current seasons of returning broadcast series, early access to late night talk shows, and additional sports – such as the Premier League - totaling more than 15,000 hours of content. Also available for $4.99 per month on all popular connected mobile and web devices for non-bundled customers.
● Premium (Ad-free): Customers can upgrade to an ad-free experience for an additional $5.00 per month, or any customer can purchase the ad-free experience directly for $9.99 per month.

“Peacock will provide consumers with a destination that goes beyond movies and television, aggregating a variety of content that fans want on one service,” said Matt Strauss, Chairman of Peacock and NBCUniversal Digital Enterprises. “By delivering timely and topical content like breaking news, live sports, and watercooler moments from late night, Peacock is uniquely bringing a pulse to the world of streaming that does not exist in today’s marketplace.” 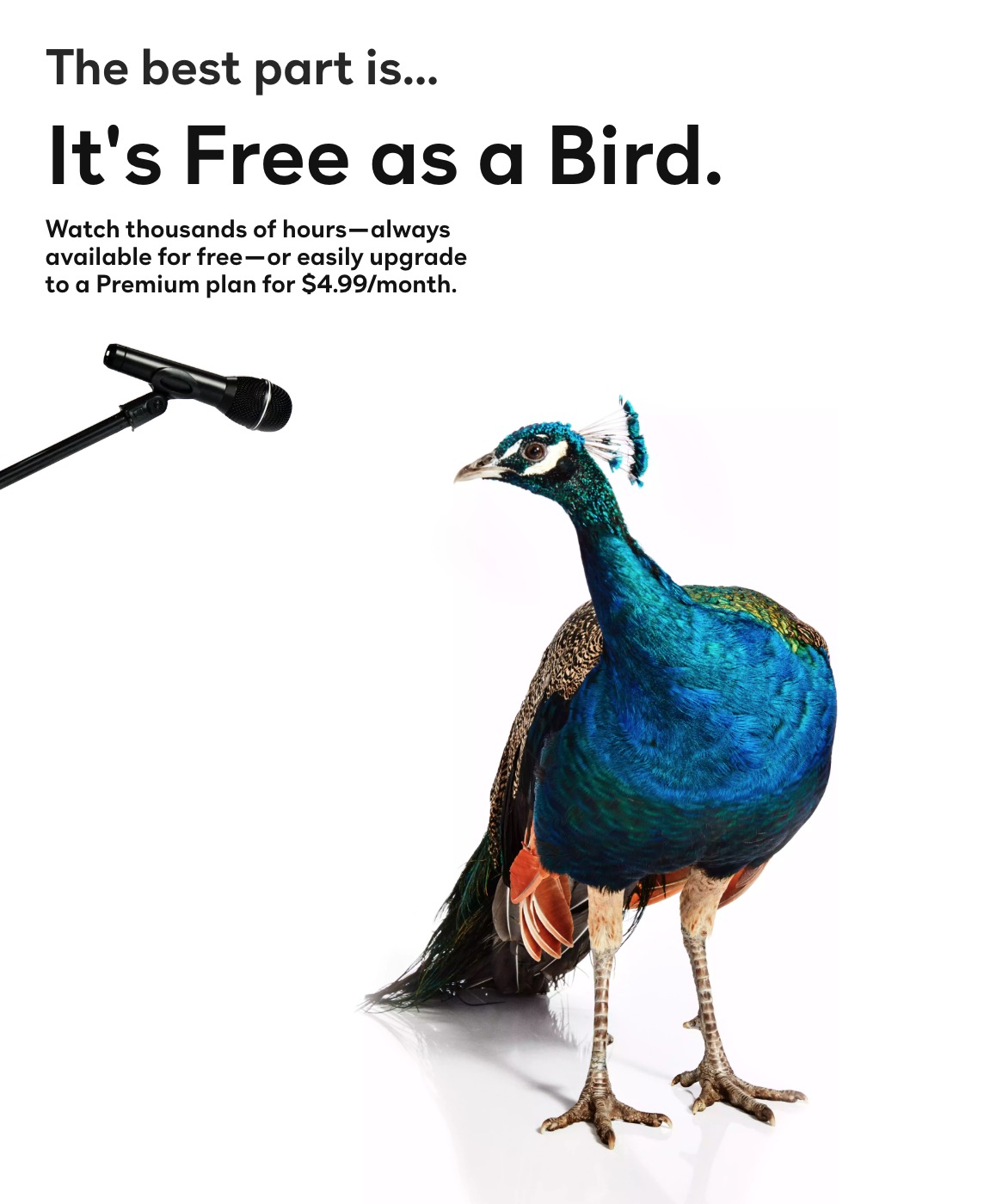 BRAND SPONSORS:
Peacock will launch with a select group of top brand sponsors, bringing in hundreds of millions of initial advertising revenue. Peacock’s launch sponsors include State Farm, Target and Unilever. Each launch sponsor will have the exclusive opportunity to define Peacock’s new advertising experience to give consumers the best content at the best price: free.

Peacock will also stream Paramount Network hit series “Yellowstone,” the record-breaking drama, licensed from ViacomCBS. “Yellowstone” is co-created by Taylor Sheridan and John Linson, and is co-produced by David Glasser’s 101 Studios. Additionally, “Two and a Half Men,” and “The George Lopez Show” from Warner Brothers were announced.

PEACOCK ORIGINALS:
Peacock has signed a multi-year partnership with Kevin Hart’s Laugh Out Loud network, which includes an equity investment in the company, a first look deal with LOL, and the distribution of LOL’s catalog on the service. As part of the agreement, Laugh Out Loud will produce a Kevin Hart stand-up comedy special and an original interview series called “Hart to Heart,” and a series of short-form content exclusively for Peacock.

Additional newly announced Peacock originals include Tina Fey-produced original series “Girls5Eva,” about a one-hit-wonder girl group from the 90’s that reunites to give their pop star dreams one more shot; international series from NBCUniversal International Studios, including drama thriller “The Capture,” fresh off its rating success on the BBC in the UK, and comedy “Lady Parts,” launching on Channel 4 in the U.K., as well as three highly anticipated new comedies from Sky Studios: “Intelligence” starring David Schwimmer, “Code 404,” and “Hitmen”; a racing series from Dale Earnhardt Jr.; and a behind-the-scenes documentary series that follows USA Basketball superstars on their journey to Tokyo, produced in partnership with the NBA.

OLYMPICS:
Peacock will give viewers a front-row seat for the most-watched event of 2020, the Tokyo Olympics. Peacock will feature live coverage of the Opening and Closing Ceremonies before they air on NBC in primetime, and three daily Olympic shows including, “Tokyo Live,” with live coverage of one of the day’s most exciting events; “Tokyo Daily Digest,” with mid-day highlights of the Games; and “Tokyo Tonight,” a complement to the primetime show that will help audiences catch up on the day’s events. Peacock will also live stream more than 1,000 hours of exclusive coverage from the Tokyo Paralympics. And following Tokyo, in partnership with the US Paralympic Committee, Peacock will add the Olympic Channel: Home of Team USA, 24/7, 365, featuring live coverage and can’t-miss content as America’s best athletes prepare for the 2022 Winter Olympics and beyond.

PREMIER LEAGUE & RYDER CUP:
Beginning in August 2020, soccer fans will be treated to 2,000 hours of Premier League coverage, including more than 140 matches that aren’t available on television, as well as clips and replays of the most exciting moments from the pitch.

The Ryder Cup golf tournament will be coming to the service in September 2020 with featured groups of Europe’s and America’s best pairings.

FILM:
Peacock will have the exclusive streaming rights for the 2020 Universal film slate and beyond in the network window. Films will include some of the biggest live action feature films of all time, including “Fast & Furious 9” and “Jurassic World 3.”

This is in addition to the previously announced premium original films and animated series in development for Peacock from Universal Pictures and DreamWorks Animation, and hundreds of critically-acclaimed films and box-office hits including “American Pie,” “Bridesmaids,” “Knocked Up,” “Meet the Parents,” “Meet the Fockers,” “A Beautiful Mind,” “Back to the Future,” “Brokeback Mountain,” “Casino,” “Dallas Buyers Club,” “Do the Right Thing,” “Erin Brockovich,” “E.T. The Extra Terrestrial,” “Field of Dreams,” “Jaws,” “Mamma Mia!,” “Shrek,” “The Breakfast Club,” and franchises including “Bourne,” “Despicable Me,” and “Fast & Furious.”

KIDS:
Peacock will have access to the first pay window for DreamWorks Animation films “Trolls World Tour,” “The Boss Baby 2,” and “The Croods 2.”

Peacock will also be the exclusive streaming home to new episodes of “Curious George,” one of the most beloved children’s titles in the history of animation.

New original series from DreamWorks Animation will also stream on Peacock, including “TrollsTopia,” “Madagascar: A Little Wild,” “The Mighty Ones,” “Cleopatra in Space” and “Where’s Waldo?”

Additionally, popular family film titles from DreamWorks, Illumination Entertainment and Universal Kids will be available on Peacock including “Shrek,” “Shark Tale,” and “Despicable Me.”

NEWS:
Unique among the major streaming services, Peacock will be home to live breaking news coverage – just as all eyes turn to the highly anticipated 2020 presidential election. NBC News NOW, the newly launched streaming network, will bring Peacock viewers “NBC Nightly News with Lester Holt” as well as original video from “TODAY” and across the NBC News portfolio. The longest running show in television history will also be part of the newest streaming platform – with an original offering from “Meet the Press with Chuck Todd” on Peacock each weekday. In addition, NBC News will create signature, original documentaries for Peacock – delving deep into politics, biographies and history. Peacock will also be home to full episodes of “Dateline” – the true crime original. And America’s most-watched news brand will go global, with coverage of the biggest stories shaping the planet as NBC News unveils a brand new international news network in collaboration with Sky.
----- 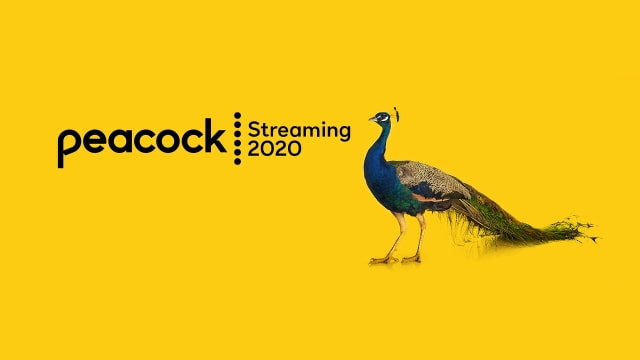