All nine, half-hour episodes of the live-action comedy’s first season, co-created by McElhenney, Charlie Day and Megan Ganz, will be available to stream in their entirety exclusively on Apple TV+ beginning Friday, February 7.

“Mythic Quest: Raven’s Banquet” is executive produced by McElhenney and Day under their RCG banner; Michael Rotenberg and Nicholas Frenkel on behalf of 3Arts; and Jason Altman, Danielle Kreinik and Gérard Guillemot for Ubisoft Film & Television. David Hornsby and Megan Ganz also executive produce. The series is produced by the Lionsgate/3 Arts Entertainment venture and Ubisoft. 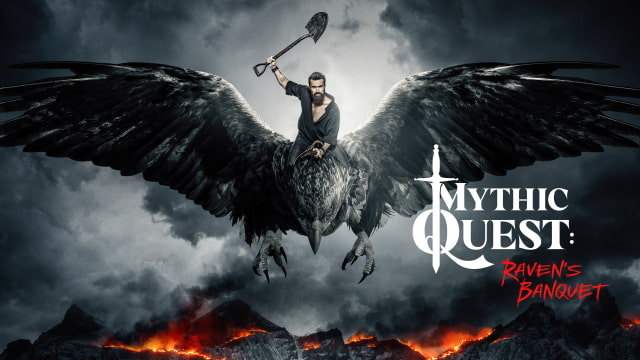 April 3 - Home Before Dark
Apple today announced “Home Before Dark,” a dramatic mystery series inspired by the reporting of young investigative journalist Hilde Lysiak, and directed and executive produced by Jon M. Chu, has been renewed for a second season. The series will premiere its first three episodes Friday, April 3 exclusively on Apple TV+, and new episodes will premiere weekly thereafter every Friday.

“Home Before Dark” follows a young girl who moves from Brooklyn to the small lakeside town her father left behind. While there, her dogged pursuit of the truth leads her to unearth a cold case that everyone in town, including her own father, tried hard to bury.

“Home Before Dark” is produced by Paramount Television Studios and Anonymous Content. 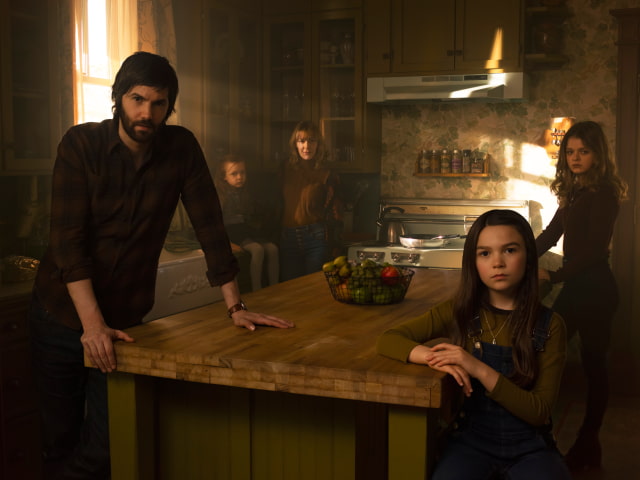 April 17 - Home
After being announced as part of the 2020 SXSW Film Festival lineup, Apple today revealed that “Home” will debut globally April 17, exclusively on Apple TV+.

“Home” is a new documentary series that offers viewers a never-before-seen look inside the world’s most innovative homes. Each episode in the nine-episode first season unveils the boundary-pushing imagination of the visionaries who dared to dream and build them. 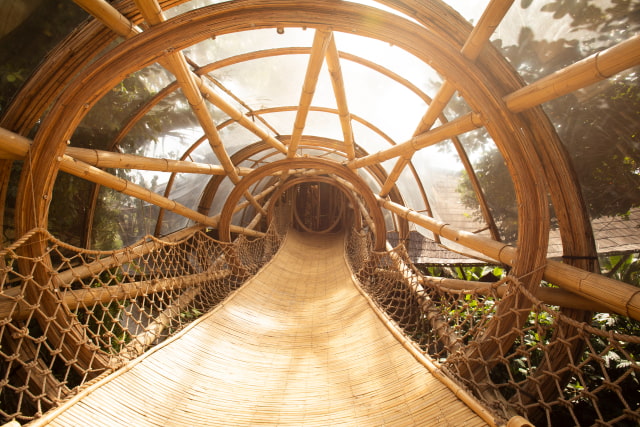 Starring Chris Evans, Michelle Dockery, Jaeden Martell, Cherry Jones, Pablo Schreiber, Betty Gabriel and Sakina Jaffrey, “Defending Jacob” is a limited drama series that unfolds around a shocking crime that rocks a small Massachusetts town, and follows an assistant district attorney who finds himself torn between his sworn duty to uphold justice and his unconditional love for his son. 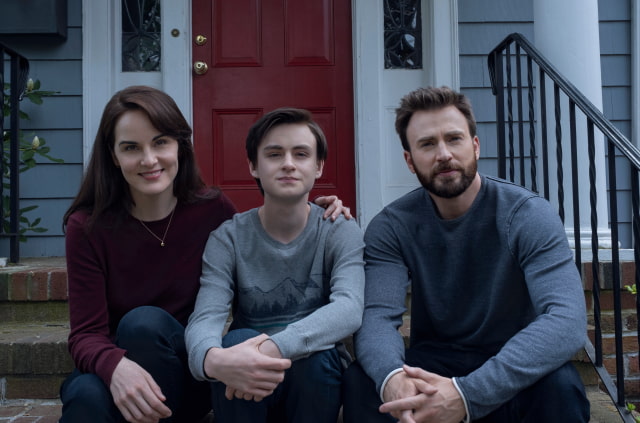 May 1 - Trying
Apple today announced that “Trying,” its first original series from the UK to debut on Apple TV+, will premiere Friday, May 1 around the world.

All Jason and Nikki want is a baby. But it’s the one thing they just can’t have. Starring Rafe Spall and Esther Smith, “Trying” is a new comedy series about growing up, settling down and finding someone to love. BAFTA Award winner Imelda Staunton also stars. The series, featuring eight half-hour episodes, hails from BBC Studios and is written by Andy Wolton. 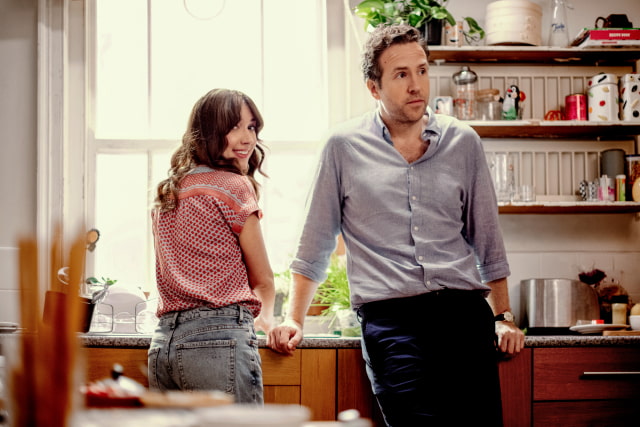 A reimagining of the original anthology series, each episode of “Amazing Stories” will transport the audience to worlds of wonder through the lens of today’s most imaginative filmmakers, directors and writers.

Showrunners for the anthology are Eddy Kitsis and Adam Horowitz (“Lost,” “Once Upon a Time”), and episode directors include Chris Long (“The Americans,” “The Mentalist”), Mark Mylod (“Succession,” “Game of Thrones”), Michael Dinner (“Unbelievable,” “Sneaky Pete”), Susanna Fogel (“Utopia,” “Play By Play”), and Sylvain White (“Stomp The Yard,” “The Rookie”).

“‘Amazing Stories’ is a beloved show that has captured our imaginations, and we couldn’t be more excited to share its next thrilling iteration with a global audience of all ages on Apple TV+,” said Matt Cherniss, Apple’s head of Development.

Darryl Frank and Justin Falvey, co-presidents of Amblin Television, said: “Alongside our partners Universal TV and our showrunners Eddy and Adam, we’re honored to bring a new anthology of ‘Amazing Stories’ to audiences on Apple TV+, which serves as the perfect platform for us to deliver the emotionally engaging, wondrous tales that families can enjoy and experience together.”

The first image from the series provides a glimpse at “The Rift,” one of five episodes that will debut on March 6. “The Rift” is directed by Mark Mylod and stars Kerry Lynne Bishé, Whitney Coleman, Trisha Mashburn, Austin Stowell, Edward Burns and Juliana Canfield. 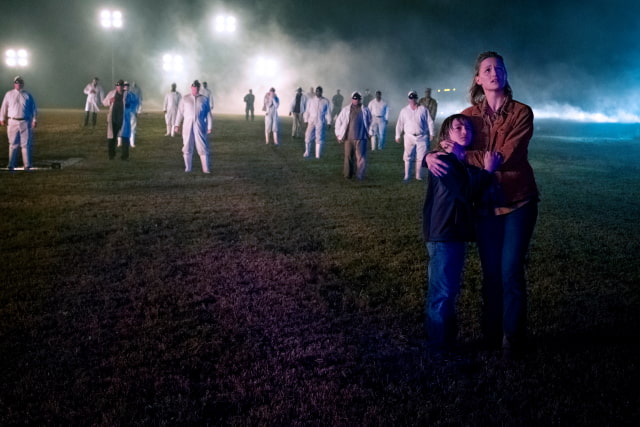 Inspired by Apple’s groundbreaking “Dear Apple” spots, “Dear…” takes an inventive and cinematic approach to biographies of the most iconic figures in society today by using letters written by those whose lives have been changed through their work.

“Central Park” is an animated musical comedy about the Tillermans, a family that lives in Central Park. Owen, the park manager, and Paige, his journalist wife, raise their kids Molly and Cole in the world’s most famous park, while fending off hotel heiress Bitsy Brandenham and her long suffering assistant Helen, who would love nothing more than to turn the park into condos. 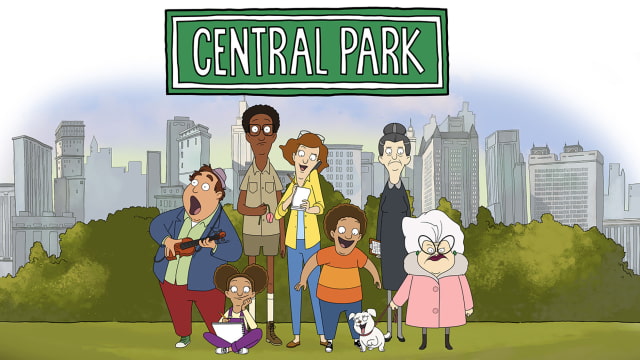 BritBratExpat - January 20, 2020 at 7:02pm
Original content? Really? Even “SEE” was copied from a movie many years ago. Nothing original about most shows. The only reason I have it is because I bought a new iOS device and each has a year’s free subscription. Would I extend? Only time will tell. So far, Disney’s Mandalorian is IT for me and so are their other offerings.
Reply · Like · Mark as Spam
Recent