New details about Apple's next generation Apple Watch Series 6 and watchOS 7 have been leaked via an early iOS 14 build seen by 9to5Mac.

Yesterday, the site found references that suggests Apple will introduce the ability to measure blood oxygen levels with the Apple Watch and improve the watch's ECG function. Today, a whole new set of features have been found.

First, Apple is developing a feature that will let users share watch faces.

Based on an early version of iOS 14 code, users will be able to share specific watch face configurations with others using the share sheet from the Watch app on iOS. It’s not clear if watch faces will be shareable directly between watches.

The company is also introducing a new Infograph watch face called 'Infograph Pro' that features a tachymeter. If you're not familiar with what is a tachymeter is, it's a scale often found around the rim of an analog watch with a chronograph. It can be used to compute a speed based on travel time or measure distance based on speed.

Another watch face improvement will be the ability to set a shared album as the source for the Photos watch face.

If you have kids, Apple is working on some significant improvements that you'll appreciate. The company is developing the ability to set up and manage Apple Watches for children using a parent's iPhone. Currently, it's only possible to use one Apple Watch at a time with the iPhone. The new method will also lets parents manage trusted contacts and available music on the watch.

Taking this one step further is Schooltime for Apple Watch, a new feature that will let parents manage which apps and complications can be used during specific hours.

As previously reported, Apple has a new Sleep app in development for Apple Watch. iOS 14 confirms that users will be able to set personalized sleep goals in the Health app on iPhone and that the Health app will offer recommendations for improving sleep during and quality. New toggles for Sleep mode and Noise detection will likely be added to Control Center.

Finally, apps for watchOS 7 will no longer be based on the extension architecture currently in use. 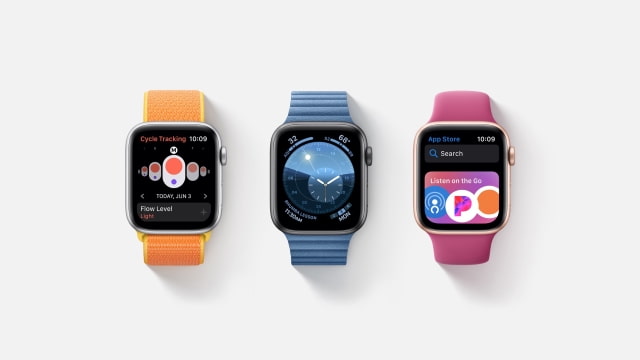