The Apple Watch Series 5 was the best selling smartwatch in North America during Q2 2020, reports Canalys.

The value of North America's wearable band market in Q2 2020 remained flat year-on-year at US$2 billion, despite shipments growing 10% annually. The average selling price declined 11% to US$235 due to a boom in low-end activity trackers and 30% year-on-year growth for Apple Watch Series 3.

Notably, North America was only one of two regions to grow quarter-on-quarter. Budgeting, likely due to COVID-19, resulted in remarkable growth among lesser known brands of activity trackers. 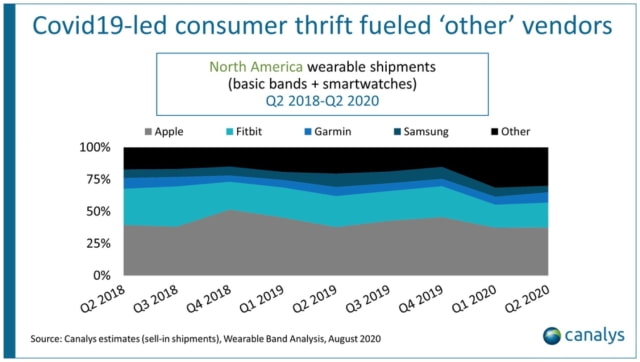 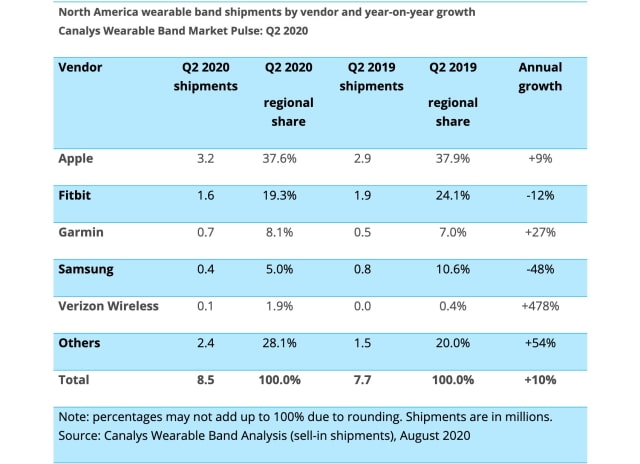