Apple has countersued Epic Games for breach of contract and commission theft. The lawsuit follows an earlier one from Epic Games accusing the Cupertino company of anti-competitive restraints and monopolistic practices.

Last month, Epic Games launched a direct payment feature in Fortnite that saved users 20% but didn't give Apple 30% of its revenue. Apple promptly pulled the app from the App Store for violating its guidelines; however, the company was expecting this response and was ready with a lawsuit accusing Apple of anti-competitive restraints and monopolistic practices. A similar scenario played out with Google and the Play Store but it's possible to sideload Fortnite on Android, so the impact to users isn't as severe. Apple then threatened to prevent Epic Games from accessing any of its developer tools by August 28 and crush Unreal Engine. Epic responded by filing for a restraining order. A judge granted the temporary restraining order against Apple but only in regards to Unreal Engine. Since Apple was willing to let Fortnite back on the App Store with its 30% cut, the judge recommended Epic return Fortnite to the App Store adhering to Apple's rules while it argued against them in court. Epic apparently decided not to do that on principle and filed a motion for a preliminary injunction against Apple.

Apple's countersuit denies allegations of anticompetitive behavior, argues that the App Store is not a monopoly, and says Epic conspired to steal commission revenue.

Unbeknownst to Apple, Epic had been busy enlisting a legion of lawyers, publicists, and technicians to orchestrate a sneak assault on the App Sotre. Shortly after 2:00 a.m. on August 13, 2020, the morning on which Epic would activate its hidden commission-theft functionality, Mr. Sweeney again emailed Apple executives, declaring that "Epic will no longer adhere to Apple's payment processing restrictions." According to Mr. Sweeney, Epic would continue to use Apple's App Store but would "offer[] customers the choice" to pay Epic instead of Apple, effectively depriving Apple of any return on its innovation and investment in the App Store and placing Epic in open breach of years-long contractual obligations to which Epic and all other Apple developer have agreed.

Hours after Mr. Sweeney's 2:00 a.m. email, Epic triggered the "hotfix" it previously planted in Fortnite to push through a new external payment runaround - which Epic had deliberately concealed from Apple's app review process - that usurped Apple's commission and brazenly flouted its rules. This was little more than theft. Epic sought to enjoy all of the benefits of Apple's iOS platform and related services while its "hotfix" lined Epic's pockets at Apple's expense.

Apple requests the court decree that Epic is liable for its breach of contract, compensatory damages, punitive damages, attorney's fees, interest, and more.

The hearing on Epic's request for a preliminary injunction is set to take place on September 28th. We'll likely get a couple more filings before then. Please download the iClarified app or follow iClarified on Twitter, Facebook, YouTube, and RSS for updates.

You can read the full counterclaims filing at the link below... 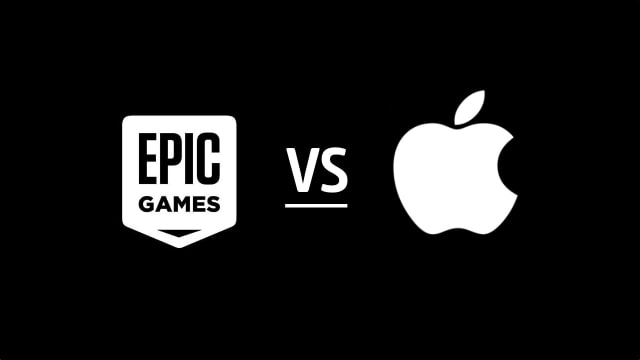 randz - September 8, 2020 at 9:41pm
I’m in no way for either side in this fight. I fact my son used to love fortnite, but it’s only common sense right? If you want to use Apples platform abide by the rules and policies set? If not make your own. Epic is just just shooting themselves in the head with this one but hey, they’ve made their money so...🤷🏼‍♂️
Reply · Like · Mark as Spam
Recent