Apple may have accidentally revealed that it plans to release a new 16-inch MacBook Pro this year.

The company referenced an unreleased 2020 16-inch MacBook Pro in the change log for Boot Camp 6.1.13. The release notes were shared on Twitter by @atharvakale343. They purportedly read:

-----
The Boot Camp 6.1.13 updates improves the compatibility of your Mac when running Windows through Boot Camp.

Given that Apple hasn't released a 16-inch MacBook Pro in 2020, we can only assume that it plans to do so later this year. Hopefully, the new notebook will feature Apple Silicon.

Apple is widely expected to unveil its first Mac with Apple Silicon at an event on November 17th. Previously, rumors suggested that it would be a smaller 12 to 14-inch notebook that is the first to get Apple's new processor; however, it's possible that other Macs will get an Apple Silicon update as well. 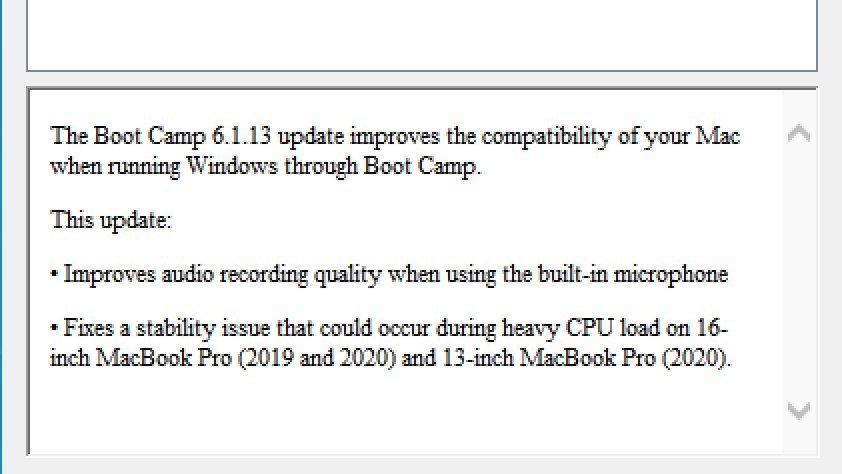