Apple's self-driving car unit is now being overseen by AI executive John Giannandrea, according to a new report from Bloomberg.

The project, known as Titan, is run day-to-day by Doug Field. His team of hundreds of engineers have moved to Giannandrea’s artificial intelligence and machine-learning group, according to people familiar with the change. An Apple spokesman declined to comment. Previously, Field reported to Bob Mansfield, Apple’s former senior vice president of hardware engineering. Mansfield has now fully retired from Apple, leading to Giannandrea taking over.

Apple named Giannandrea to its executive team as Senior Vice President of Machine Learning and Artificial Intelligence Strategy in late 2018. He was hired earlier in the year from Google where he was Chief of Search and AI.

The Titan project is rumored to have begun in 2014 as an effort to build an autonomous vehicle but due to various challenges it was scaled back in 2016 to focus on just the underlying autonomous system. Former SVP of Technologies Bob Mansfield was brought in to help guide the project but his full retirement has now shifted responsibilities to Giannandrea.

Apple's system is currently being testing with a fleet of 66 vehicles, up from 55 in mid-2018. 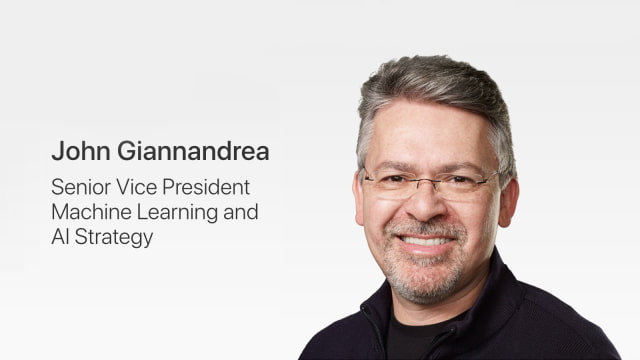