A series of new CAD renders have surfaced which purportedly reveal the design of the next generation 11-inch iPad Pro. The renders were posted by MySmartPrice.

According to the site's source, the upcoming 11-inch iPad Pro will largely retain the same design with overall dimensions of 245.74 x 176.61 x 5.90mm. That's slightly smaller in length and width but the same in thickness.

Looking at the renders, the iPad Pro 11 (2021) will have the same design as before, in line with the previous report. The slate-like form factor will continue and the camera module also looks the same as before. A dual camera system coupled with space for an additional sensor and the LED flash, housed in a square-ish module that sits slightly raised from the main rear panel. The exact specifications of the cameras are still unknown. The bezels on the front, also seem to be the same as before. The renders also reveal the button positions. The iPad Pro 11 (2021) will house the volume rocker on the right side, while the lock button is on top. The iPad Pro 11 (2021) will continue to be charged by a USB-C cable, and the speaker grilles, as reported earlier, have indeed shrunk in size. On the right side of the render, there are cutouts for where the physical keyboard can be attached to the iPad Pro. 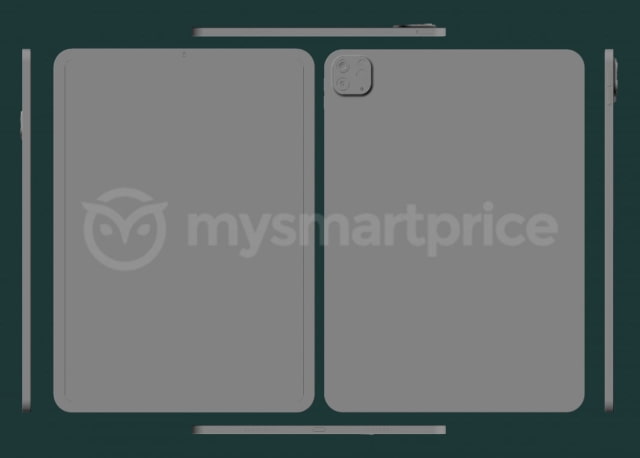 Notably, a recent report from Macotakara claimed that the speaker holes on the new 12.9-inch iPad Pro will be reduced by two thirds and be located in a different position and that the camera bump will remain the same but the lens covers will no longer protrude from the bump.