The first Apple Car may be based on Hyundai's E-GMP Battery Electric Vehicle (BEV) Platform, according to a new report from analyst Ming-Chi Kuo.

Hyundai says that BEVs based on E-GMP can provide range over 500km on a full charge (WLTP) and be charged up to 80% within 18 minutes through high-speed charging. A high performance model based on E-GMP will accelerate from zero to 100kph in less than 3.5 seconds, with top speed of 260kph. The Integrated Power Electric system is said to include the world’s first multi-charging (400V/800V) and bi-directional power conversion function. 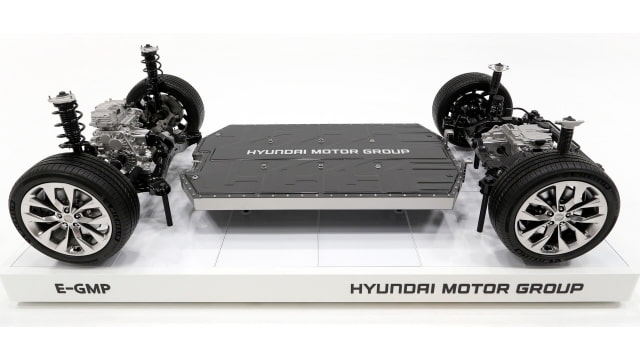 Hyundai Mobis will purportedly be in charge of design and production for some Apple Car components with affiliate Kia providing the U.S. production line. It's likely that Apple Car will take at least 4 four years to produce.

We predict that Apple will launch the ‌Apple Car‌ in 2025 at the earliest. The new iPhone takes about 18–24 months from initial specification definition to mass production based on experience. Given the longer development time, higher validation requirements, more complicated supply chain management, and very different sales/after-sales service channels for the automobiles, we believe that Apple, which lacks car building experience, is already on a tight schedule if it wants to launch the ‌Apple Car‌ in 2025.

Kuo also suggests that Apple will portray the vehicle as a 'very high-end' model, or 'significantly higher' than a standard electric vehicle. This could benefit its automaker partners. Foxconn is not expected to be involved in Apple Car assembly or casing orders.