A group of U.S. semiconductor industry leaders have sent a letter to President Biden asking him to provide 'substantial funding for incentives for semiconductor manufacturing'. The Semiconductor Industry Association includes major companies such as Intel, Qualcomm, AMD, and IBM.

The letter comes as a global chip shortage hits multiple industries. Ford and GM have had to idle factory lines causing billions in lost profit and Microsoft and Sony have struggled to manufacture enough supply of their Xbox and PlayStation consoles. Shortages could continue until the end of the year.

The association notes that share of global semiconductor manufacturing capacity in the U.S. has decreased from 37 percent in 1990 to 12 percent today, blaming decrease on subsidies offered by foreign governments.

This decline is largely due to substantial subsidies offered by the governments of our global competitors, which have placed the U.S. at a competitive disadvantage in attracting new fab construction. In addition, federal investment in semiconductor research has been flat, while other governments have invested substantially in research initiatives to strengthen their own semiconductor capabilities.

“Semiconductors power essential technological advancements across healthcare, communications, clean energy, computing, transportation, and countless other sectors, and chip-enabled technologies have helped keep us productive and connected during the pandemic,” said John Neuffer, SIA president and CEO. “By investing boldly in domestic semiconductor manufacturing incentives and research initiatives, President Biden and Congress can reinvigorate the U.S. economy and job creation, strengthen national security and semiconductor supply chains, and ensure the U.S. remains the leader in the game-changing technologies of today and tomorrow.”

More details in the full letter linked below... 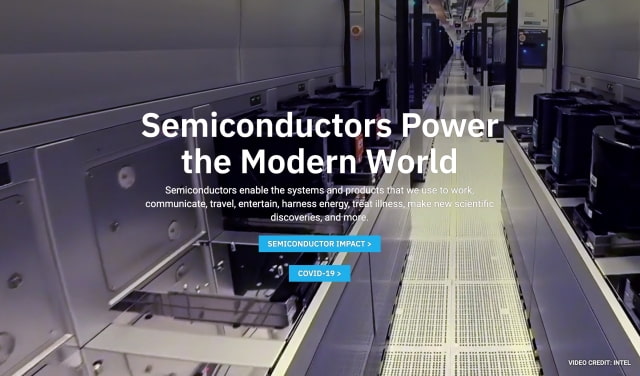